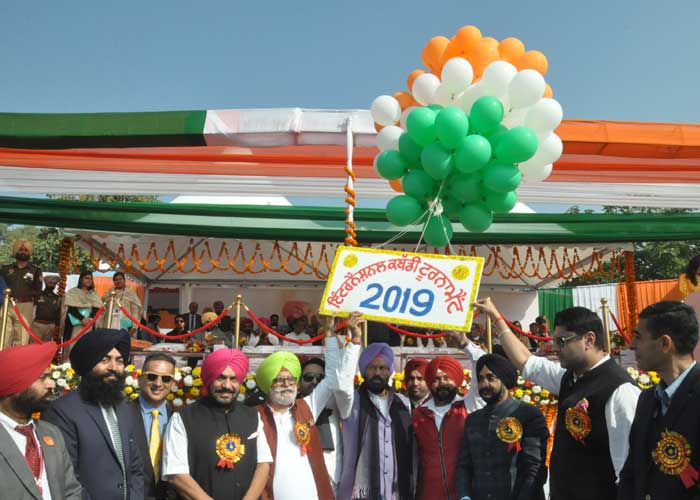 One of the biggest sporting extravaganzas of the country, the International Kabbadi Tournament-2019 today began with a great pomp and show as the Sports Minister Rana Gurmeet Singh Sodhi inaugurated this mega sporting event here at Guru Nanak Stadium.

Announcing the opening of this 10 day long much awaited gala sporting event, the Minister said that in this mega event around 150 players were representing the Kabaddi extravaganza from eight different Countries including host team India, Australia, Canada, England, Kenya, New Zealand, Sri Lanka and USA.

The Minister said that winning team would be awarded with the the cash prize of Rs. 25 lakh while the runners-up and the team clinching the third position would get Rs. 15 lakh and Rs 10 lakh respectively.

He said that the participating teams were-divided into two groups adding that India, England, Srilanka and Australia were in Group A whereas Canada, USA, NewZealand and Kenya were in Group B.

The Minister said that Kabaddi was the mother game of Punjab and the state government was committed for popularising this game further amongst our youth through such tournaments. He said that Kabaddi was a martial game and only those with strong biceps could play this game in right spirit. Rana Sodhi called upon the players to play Kabaddi with true sportsmanship in the ongoing tournament.

Earlier, MLA from Sultanpur Lodhi Mr Navtej Singh Cheema welcomed all the dignitaries to the holy city. He hailed the initiative taken by the Punjab government led by Chief Minister Captain Amarinder Singh for organising this mega event. Mr Cheema that this tournament is would help in channelising the unbounded energy of youth in positive direction.