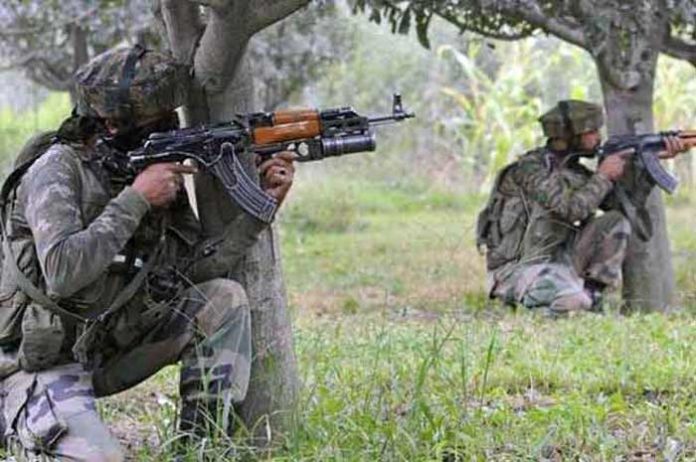 Two terrorists were killed after a major infiltration bid was foiled by the Army in North Kashmir’s Naugam sector on Saturday.

The Army said that troops laid an ambush after suspicious movement was detected along the Line of Control (LoC).

In the encounter that followed, two infiltrators were gunned down.

Arms and ammunition, including two AK-47 rifles, were recovered.

“Early morning today, suspicious movement was detected by our troops at Naugam sector, in Handwara, Kupwara district along the LoC. The forces swiftly launched an ambush, resulting in elimination of two terrorists.