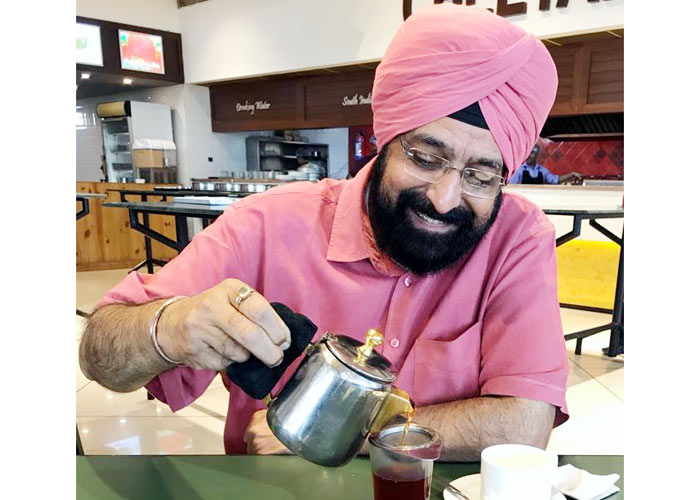 New Delhi With a missionary zeal to advocate and promote sustainability for protecting the planet with an appeal to consume less in every walk of life in alignment with National Mission to mitigate corrosion through sustainable solutions, Mr Yatinder Suri established, led and guided the chosen team for the Indian subsidiary of Finnish stainless steel global leader Outokumpu as MD & Country Head for more than 13 years. He announced this week that he is ready to start a new chapter in his life from October 1st 2019.

Yatinder Suri led the Indian arm of Outokumpu – the global leader in stainless steel, with a clear aim to pursue sustainability as key to survival of the planet and reducing the 4-5 Per cent loss of nation’s GDP on account of corrosion. The intent has been to create a corrosion free India through intelligent selection of sustainable high end metallurgical products for critical sectors as well as supply standard stainless steel products in width, thickness and finishes which was not produced in India. Emboldened by Our Prime Minister declaring Corrosion Mitigation as a National Mission, Yatinder received a morale booster to aggressively educate and create awareness on corrosion mitigation through right material selection from all available platforms.

He not only built a strong Outokumpu brand in India known for innovation and reliability in quality and delivery but also provided enough support to Indian downstream industry to access global markets by using high end stainless steel products. This led to creation of market demand for high end products in India which acted as motivation for domestic producers to venture into high end areas which is in alignment with the nation’s ambition to be self sufficient.

His efforts to see corrosion free india paid off well with his dedicated imprint visible in most sectors which were reeling under the adverse effects of corrosive environments.

His efforts also saw the establishment of a BIS code for stainless steel rebar which are needed for creating sustainable infrastructure in coastal and hilly regions.

Mr Suri is relocating himself in the hilly terrains near the Himalayas. Whether he continues to be a Stainless Guru or turns into a Sustainability Monk is a question that the future can unfold.

SteelGuru team acknowledges his contributions in to create Stainless India and wishes the Stainless Guru Yatinder Suri healthy & happy times ahead with visible success in his passion to promote sustainability as a life long mission.

Mr Yatinder Suri, after B Tech (Hons) in Mechanical Engineering from Indian Institute of Technology Kharagpur in 1975, joined Tata Motors Pune as Graduate Engineer Trainee. After 5 years in automobile sector , he engaged himself in special steel and stainless steel sector for two decades, helping the sector to go global in reach. He joined the world of eCommerce for steel in 2000 through SteelRX – India’s first internet based independent eMarketplace . To Yatinder, eCommerce meant ethical commerce.

In 2006 he was selected by Outokumpu group to Head Indian operations. He assidiously built Outokumpu as the most preferred brand in India with impressive growth in market shares for high end products which are not available in India. Commendable to report that he ensured the company is run on ethical lines in compliance with local laws and group policies.