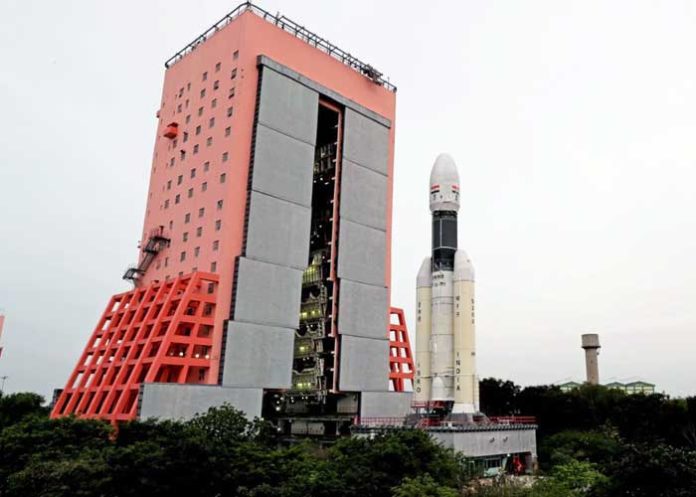 About an hour before its scheduled launch on Monday, the Indian Space Research Organisation (ISRO) called off the country’s ambitious Rs 978 crore moon landing mission Chandrayaan-2 due to a technical snag in the ‘Bahubali’ rocket

“It is not possible to make the launch within the launch window. The revised launch schedule will be announced later,” an official announced from the Mission Control Centre.

Minutes before making this announcement, the officials put on the countdown on hold.

At that point of time, the Geosynchronous Satellite Launch Vehicle-Mark III (GSLV-Mk III) rocket was fully fueled up.

“The technical snag was noticed. We first have to approach the vehicle to assess the problem. First, we have to empty the fuel loaded in the rocket,” an ISRO official told IANS.

If needed the rocket will have to be taken back to the vehicle assembly building for further investigations, corrections and checks, he said.

“This process will take 10 days after that only we can decide on the launch schedule,” he said.

“The technical snag could be in the pressurisation of the rocket’s systems. The rocket was fully fueled up then,” two retired ISRO officials told IANS.

“Inter-planetary missions are complicated since the planets move. A moon mission rocket is launched after calculating the position of the moon at a particular day so that the spacecraft can reach there,” one retired official said.

The launch was called off nearly one hour before the actual time of launch which was 2.51 a.m.

“A technical snag was observed in launch vehicle system at 1 hour before the launch. As a measure of abundant precaution, #Chandrayaan2 launch has been called off for today. Revised launch date will be announced later,” ISRO tweeted later.

Standing at about 44 metres tall, the 640-tonne rocket GSLV-Mk III is nicknamed ‘Bahubali’. And just like the hero in the hit film by the same name lifted a heavy ‘lingam’, the rocket would carry the 3.8 tonne Chandrayaan-2 spacecraft.

The Rs 978 crore Chandrayaan-2 mission was prestigious one as it aimed to make India as the fourth nation in the world to land and ride on the moon.

The other three nations that had achieved this feat are Russia, the US and China.

The GSLV-Mk III with a capacity to carry four tonne satellite, is a three stage/engine rocket with two strap-on motors powered by solid fuel. The second stage is a core liquid fuel booster and the third is the cryogenic engine.

To date, ISRO has sent up three GSLV-Mk III rockets. The first one was on December 18, 2014, carrying Crew Module Atmospheric Reentry Experiment (3.7 tonne). The mission was also to test the rocket’s inflight structural stability.

Interestingly, GSLV-Mk III will be used for India’s manned space mission slated in 2022.

To date India has flown 16 GSLV rockets (Mk I, II and III) and the total number of successful and failed missions are 12 and four respectively.

India presently has two fully operational rockets — the Polar Satellite Launch Vehicle (PSLV) and GSLV-Mk II — with a lift-off mass of 415 ton and a carrying capacity of 2.5 tonnes.   (Agency)