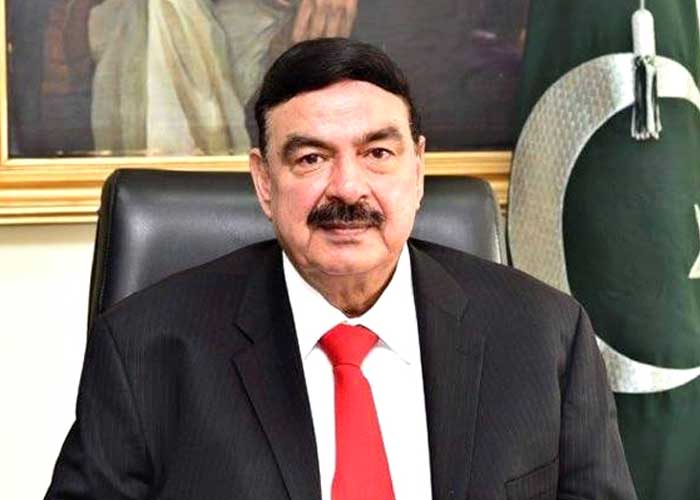 Pakistan Railways Minister Sheikh Rashid, known for making controversial statements, has said that Indian politicians have been wishing for his death.

“Indian Prime Minister Narendra Modi made a big mistake by revoking the autonomy of Indian-held Kashmir,” he said while addressing a press conference in Lahore on Saturday.

“Modi’s main agenda is to destroy Pakistan,” he said, and claimed that Muslims are treated as second-class citizens in India, Pakistani media reported.

He warned Indian soldiers that if they move towards Lahore or Azad Kashmir, they should know that Pakistan’s “smart bombs will welcome them”.

“Our army is ready,” said the minister.

However, he said it would be better for both nations to resolve the issue through dialogue.

Earlier, Rashid had said that Pakistan and India will go to war in either October or November.

On Friday, while addressing a rally in Pakistan, the minister received a bolt of electricity from his mike while launching a broadside against Modi over Kashmir.

In a video which has gone viral on social media, Rashid while addressing a gathering says, “Hum tumhari Modi niyaton se waqif hain (we are aware of your intentions, Narendra Modi)”.

“Tumhara ras kas.. Oui current lag gaya!” he says with a violent jerk of his hand on getting the electric shock. He then composes himself to continue “Khair koi baat nahi, koi baat nahi (no problem)..” he says laughingly, and proceeds to hold the mike with a piece of cloth.

“Modi is jalse ko nakaam nahi kar sakta (Modi cannot foil this meeting),” he says to laughter all around.

Bilateral tensions between India and Pakistan have escalated since India abrogated special status for Jammu and Kashmir on August 5. Pakistan has termed the move an act of “annexation”.  (Agency)