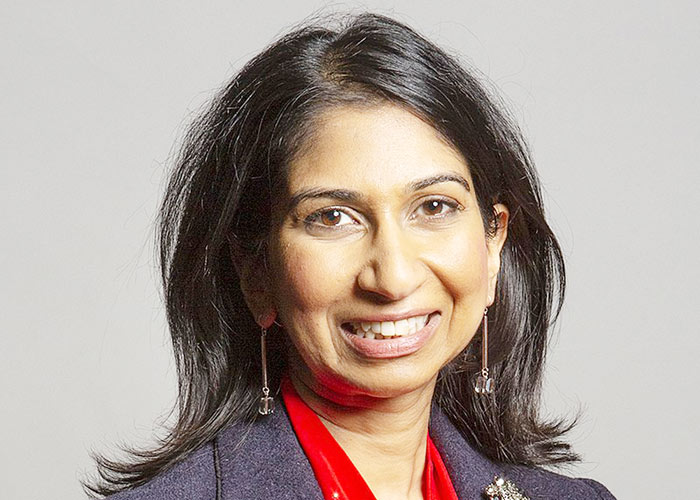 Indian-origin Suella Braverman, appointed by British Prime Minister Boris Johnson to the cabinet role of Attorney General for England and Wales on February 13, sworn in for the post at the Royal Courts of Justice in London.

She is the first female Attorney General to be appointed by a Conservative Party government and is the second woman appointed to the role in British legal history.

Commenting on the new responsibility, Braverman on Monday said : “It is a privilege to be sworn in as attorney general and a moment I will cherish as the second woman to be appointed to this historic role.

“Restoring confidence in the criminal justice system is my top priority. I want to thank my predecessor for his work in this area and his distinguished service to government.”

A pro-Brexit campaigner, she was first elected to the House of Commons in 2015 from Fareham and re-elected in 2017 and 2019.

The swearing-in ceremony was attended by justice secretary Robert Buckland, chief justice Ian Burnett and the chair of the Bar Council, Amanda Pinto, among others.

Buckland welcomed the new incumbent to the “vital and historic role” as the chief legal adviser for the government.

Her role will involve overseeing the work of the law officers’ departments, which include the independent prosecuting authorities, the Crown Prosecution Service (CPS) and the Serious Fraud Office.

Braverman, whose maiden name is Suella Fernandes, was born in London to migrant parents from Kenya and Mauritius with roots in India.

She was educated at Heathfield School in London and went on to study Law at Queens’ College, Cambridge.

The minister is a barrister and Cambridge University law graduate who specialised in public law and judicial review.  (Agency) 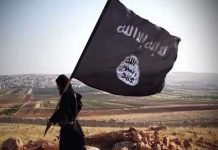 3 IS militants killed in western Iraq

3 shot at graduation ceremony in Hawaii