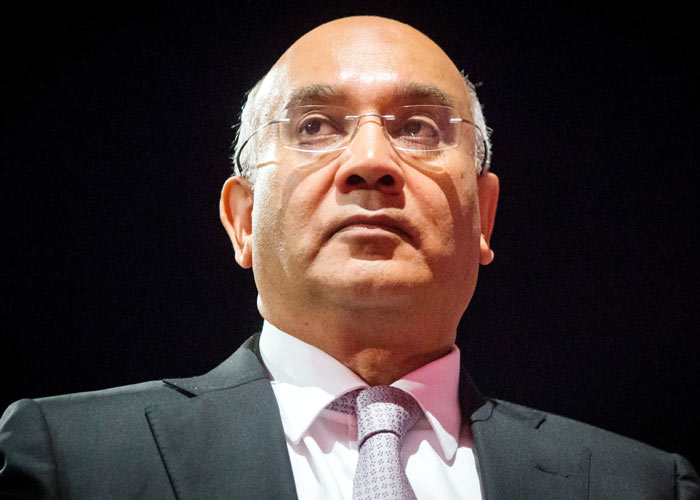 Indian-origin Labour MP Keith Vaz has announced that he would not seek re-election in the UK’s December 12 general election after being handed a six-month suspension from the House of Commons over allegations that he “expressed willingness” to purchase cocaine for others.

Vaz resigned on Sunday evening after 32 years as an MP for Leicester East.

In a statement on Sunday, Vaz said he had “decided to retire after completing 32 years as the Member of Parliament for Leicester East”.

“In that time I have won eight general elections. It has been an honour and a privilege to serve my constituency since I came to the city in 1985.

“I want to thank the people of Leicester East for their absolute loyalty and support,” he added.

The MP was handed a six-month Commons ban last month after the Committee on Standards said he had shown “disregard for the law” and caused “significant damage to the reputation and integrity of the House of Commons as a whole”.

Vaz was forced to step down from his role as Chair of the Commons Home Affairs Select Committee in 2016 after the Sunday Mirror obtained a recording of him offering to buy cocaine for two male escorts.

The damning Commons report said: “The Committee finds that by expressing willingness to purchase cocaine for another person to use, Vaz showed disregard for the law, and by failing to cooperate fully with the inquiry process, he showed disrespect for the House’s standards system.”

The former MP is said to have been receiving treatment for a “serious mental health condition” since details of the incident were first published in the Sunday Mirror, politics home reported.

“Keith Vaz was among the pioneering group of black and Asian Labour MPs elected in 1987. He made a substantial and significant contribution to public life, both as a constituency MP for the people of Leicester and for the Asian community across the country.

“He has helped to pave the way for more BAME people to become involved in politics.

“His work in Parliament has been exemplary as Britain’s first Asian-origin minister, chair of the Home Affairs Select Committee, a campaigner on diabetes issues and most recently trying to help the peace process in Yemen,” Corbyn added.