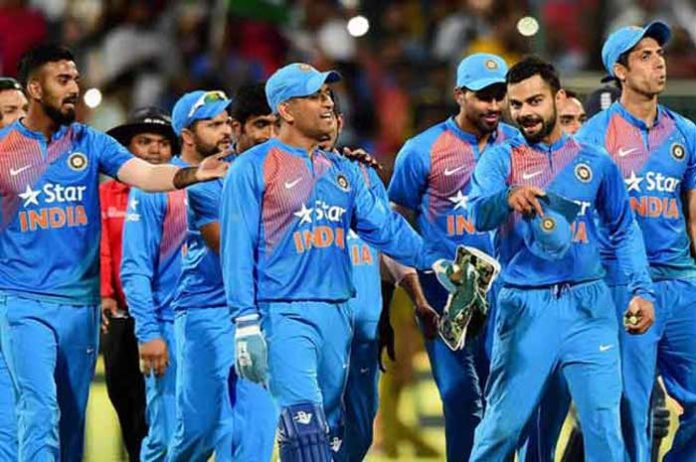 India’s win against the West Indies was predictable but the wonderful outcome was that they did so in style and in an emphatic manner. This was an ideal start to their mission of winning the first ICC World Test Championship.

A perfect 10! There were some wonderful moments to savour from the Indian side’s win. The resolute batting of Ajinkya Rahane, the magnificent performance of Hanuma Vihari, the tenacity and guile of Ishant Sharma and the incredible bowling of India’s new premier bowler Jasprit Bumrah.

Virat Kohli also established himself as the most successful Indian captain and any doubt about his position at the top was once and for all put to rest. The overall good batting performance of the team made one feel sorry for the batting coach Sanjay Bangar who does not find his name in the list of coaches selected to coach India henceforth.

Sanjay is a silent operator and a person whose voice is barely audible at most times. One was surprised to read in the tabloids of him screaming at one of the selectors for his exclusion.

One can definitely understand the reason if he did do so, but one cannot fathom Sanjay ever doing something like that. The Indian batters will miss him as he has been the backbone of the Indian teams batting success and many of the present players are indebted to him for their success as well.

The position of the cricket support staff, especially for batting, bowling and fielding should be appointed in conjunction with the cricket coach, as they form a team who need to be comfortable with each other. The coach is finally responsible for the success or failure of the side and as India, continued with Ravi Shastri, it would have been prudent to continue with his team.

Indian cricket, at present, is blooming with immensely talented cricketers. Cricket has become a very lucrative profession and the competition among cricketers has grown by leaps and bounds. Although, the crux of the Indian side is quite well established, there are equally good replacements lurking in the hope of getting a chance.

Hanuma Vihari, Mayank Agarwal and Ravindra Jadeja have shown the way with established seniors such as Shikhar Dhawan, Rohit Sharma and Ravichandran Ashwin all world-class performers languishing in the side-lines hoping to retain their lost places.

The India A and India U-19 playing against overseas sides abroad and in India is a good concept. However, this should not be in any way compromising the Indian domestic matches.

It is very important for the progress of Indian cricket that every Indian cricketer should be a part of the domestic circuit. The colour-branded Duleep Trophy, taking place at present, is a good example of the lack of importance of what once used to be the premier tournament for selection to the Indian side.

The senior team with the support of net bowlers are in the West Indies and in India, the India A is playing against the South Africa A side. The Duleep trophy which was earlier zonal based has now become just a tournament to tick the box for the BCCI.

With the top 35 players of India playing elsewhere, performances in the Duleep Trophy is mostly to give a glimmer of hope to players who have done or have been doing well in the Ranji Trophy. But, honestly, the performance of the players in this tournament is taken with a pinch of salt, as the runs and wickets have not been made or taken against the best.

This is precisely why India has a plethora of batters and bowlers performing brilliantly against weak foreign A sides and in the domestic tournaments. The Indian Premier League (IPL) has also become an important platform for Indian selection and one feels that this is leading to more quantity than quality.

Indian players need to go through the grind of performing well in the domestic circuit in order to be considered for a place in the Indian side. They need to play the domestic tournaments when they are not doing duty for the National side.

Indian cricket needs to be strengthened at its roots to flourish in the future. The only way this is possible is for the State players to be rubbing shoulders against their seniors and established players while playing with them for their respective sides.

The BCCI has to pay much more importance to the way the domestic tournaments are structured and scheduled. A good example of a recent disappointed tweet from a very accomplished Saurashtra batsman is a good case in point.

Sheldon Jackson, one of Saurashtra’s leading batsmen scored plenty of runs last season in the Ranji Trophy and was instrumental in getting the side to the finals. He, unfortunately, has missed out being on the selector’s radar and does not find a place either in the India A or in the Duleep Trophy side.

The onus, not only for the BCCI, but also for the selectors, is to ensure that the domestic tournament has a significant part in players getting selected for the National side. The fast-tracking of players through the U-19 and IPL route has become a trend which needs to be stopped.

A talented player will shine equally if given a chance to perform at the domestic level. Sunil Gavaskar, Sachin Tendulkar and recently Prithvi Shaw all showed how skilful they were by getting runs at the first class level before debuting for India.

Indian domestic cricket has to create a value and importance or else we will keep getting an abundance of young average cricketers and miss out on some good quality ones, who unfortunately are not either a part of the IPL or in the popular chart of an India A side.  (Agency)