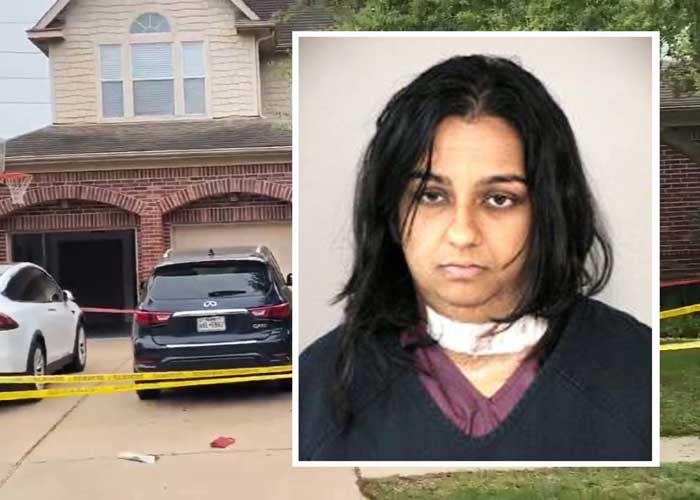 An Indian-American woman from Sugar Land, Texas, has been charged for the murder of her four-year-old son, who was found dead on March 21 at the family’s home, according to media reports.

Sugar Land officers responded at 10.40 a.m.on March 21 to a house in the 5200 block of Weatherstone Circle after the woman’s husband came home, India-West on Friday quoted a report by the Houston-based KHOU TV station as saying.

The woman, Ritika Rohatgi Agrawal, 36, is charged with capital murder of a person under 10 years old, the KHOU report said.

Investigators said Agrawal was walking around the house with wounds to her body, while her son was upstairs.

He had died from a knife wound to the throat, police said, according to the media outlet.

The woman was taken to the hospital, where she was being treated for injuries not considered life-threatening, according to the report.

Investigators, who were still looking into the incident, said that Agrawal’s wounds appeared to be self-inflicted, the report added

Authorities believe that Agrawal may be suffering from mental illness and will determine if she is mentally competent to understand her charges and face trial should it come to that, another local media report said.  (Agency)