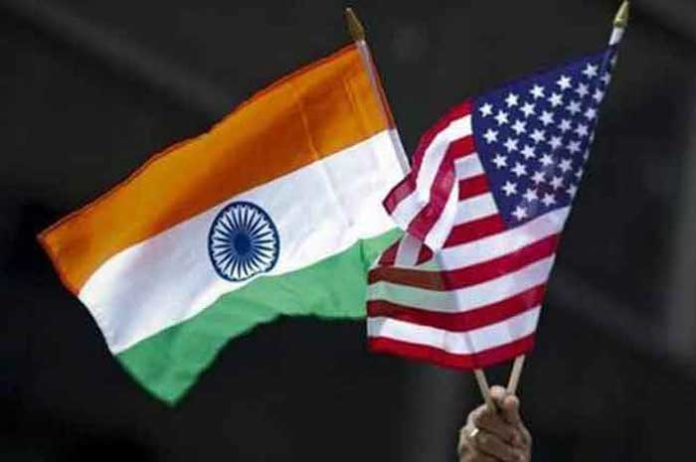 New Delhi, Oct 27, 2020-
India and the US on Tuesday reiterated their commitment to maintain a free and open Indo-Pacific region, in a direct challenge to China’s expansionist moves in the South China Sea.

The commitment was made in a joint statement issued by the two countries in their third annual India-US 2+2 ministerial dialogue held in New Delhi.

“The ministers reiterated their commitment to maintaining a free, open, inclusive, peaceful, and prosperous Indo-Pacific built on a rules-based international order, underpinned by ASEAN centrality, rule of law, sustainable and transparent infrastructure investment, freedom of navigation and overflight, mutual respect for sovereignty, and peaceful resolution of disputes,” the joint statement said.

Highlighting the importance of securing the economic and security interests of all the stakeholders having a legitimate interest in the region, the two sides welcomed the growing understanding on the Indo-Pacific among the like-minded countries. They reaffirmed that closer India-US cooperation will support shared interests in promoting security and prosperity in the Indo-Pacific region and beyond.

The two sides also said, “The code of conduct in the South China Sea should not prejudice the legitimate rights and interests of any nation in accordance with international law.”

Building on a strong record of peacekeeping cooperation, the ministers decided to expand joint capacity building efforts with partner countries in the Indo-Pacific and to participate in multilateral peacekeeping training exercises. They expressed their support for sustainable, transparent, quality infrastructure development in the Indo-Pacific region.

The two sides welcomed the inclusion of the Royal Australian Navy in the US-India-Japan Malabar Naval Exercise scheduled to be held in the Bay of Bengal and the Arabian Sea in November 2020.

The ministers also announced that following the recent convening of the second Australia-India-Japan-US Quadrilateral Ministerial Meeting in Tokyo on October 6, 2020, the Quad consultations would now be held annually.

They expressed their support for further strengthening the Quad cooperation through expanded activities, including initiating a dialogue among the development organisations of partner countries.