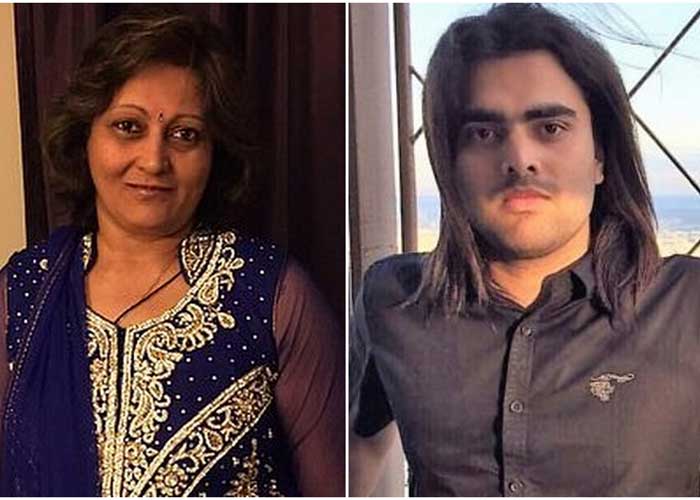 Indian authorities have decided to appeal against a UK lower court’s order of denying extradition of British citizen Aarti Dhar and her husband Kanwaljitsinh Raizada to face trial in India for the murder of their 11-year-old adopted son and his brother-in-law on human rights grounds.

Gujarat’s Junagadh Police Superintendent Saurab Singh told on Saturday: “The appeal to extradite the couple accused (Aarti Dhar and her husband Kanwaljitsinh Raizada) has been turned down by a UK lower court. We will appeal in the higher court looking into all the concerns, including human rights violation, raised by the lower court.”

Singh stressed that all the issues raised by the lower court will be duly addressed.

The appeal for extradition request of the couple to face charges of murder will be now heard at the Royal Courts of Justice on January 28 next year.

India had made an extradition request for the couple, which had been turned down by Westminster Magistrates’ Court in London. Now, Indian authorities have got permission from the UK High Court to appeal for the extradition of the couple to face charges of murder.

The UK’s Crown Prosecution Service (CPS), which represents the Indian authority in court extradition proceedings, said earlier this week said that that permission to appeal had been granted against a Westminster Magistrates’ Court’s order to extradite the Indian-origin British couple.

The case pertains to Dhar, 55, a Heathrow Airport worker born in Kenya whose native place is Gurdaspur, in Punjab, and Kanwaljit Raizada, 30, from Keshod in Junagadh in Gujarat, being accused of adopting Gopal Sejani in India, taking out life cover for him, then paying Rs 5 lakh to hitmen to murder him in Gujarat on February 8, 2017 with the intention of splitting the insurance payout.

It is alleged that the husband and wife, from Hanwell in west London, had travelled to Gujarat, to adopt an orphan in 2015. They had placed an advertisement in local newspapers, promising they would take an adopted child to live in London.

They decided to adopt Gopal, who was living with his older sister and her husband, Harsukh Kardani, and doing menial work. Gopal’s father had died a few years ago and his mother later remarried. He was left abandoned.

Kardani, who was his guardian, agreed to the adoption. The London couple began preparing adoption papers. However, Dhar and Raizada had other plans. Dhar took out an insurance policy in Gopal’s name. Their plan, police said, was to eliminate Gopal in one year so that they could claim the insurance.

The couple returned home to London but Gopal never made it to the UK. The boy’s passport could not be made since the adoption procedures were not followed. The couple later had to pay the second premium of Rs 13 lakh.

On February 8, 2017, Gopal and his guardian Kardani were attacked and killed. Two bike-borne masked men stabbed Gopal and Kardani near Keshod on the national highway. Both died of their injuries in hospital. While Gopal succumbed to his stab wounds on February 11, Kardani died on February 17. Police said there were two previous attempts against Gopal’s life, but both had failed.

Police cracked the murder case in late February 2017 with the arrest of the two killers. The investigators said the boy was adopted and subsequently murdered as part of a conspiracy to claim an insurance amount of Rs 1.3 crore.

On February 19, 2017, police had arrested Rajpari Goswami (24) and Lakhan Ghadhvi (21), both residents of Rajkot, who revealed that the London-based couple had plotted the murder of the boy, Gopal, along with Nitish Punjabi, who was the tenant of the couple when he lived in the UK.

The couple had Nitish eliminate the boy. The arrested accused were hired by Nitish to kill Gopal. Goswami and Ghadhvi accepted the contract killing of the boy for Rs 5 lakh and Rs 25,000 was paid in advance.

Police thereafter initiated the process to extradite the couple, who later denied organising the killing of Gopal.  (Agency)