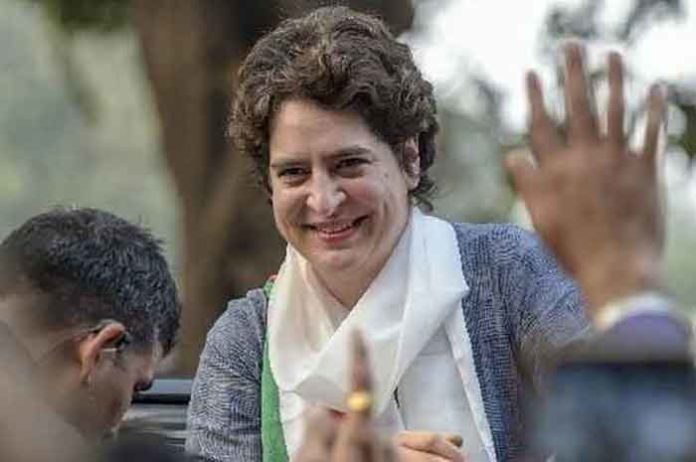 It was with much fanfare that the other scion of Gandhi family Priyanka Gandhi Vadra joined active politics in January this year, ahead of the Lok Sabha polls, with the Congress party pinning its hope on her formal entry to bring a “magical” turnaround in its fortunes.

Eight months have passed since then but her expected “magic” is nowhere to be seen and the grand old party continues to struggle.

Priyanka, who had been campaigning for her mother Sonia Gandhi and brother Rahul Gandhi in family pocket boroughs of Rae Bareli and Amethi in Uttar Pradesh for over one-and-a-half decade, joined active politics on January 23 when she was made Congress General Secretary in-charge of Eastern Uttar Pradesh.

Her formal entry came just three months ahead of the Lok Sabha elections and it was surrounded by a lot of euphoria that she would boost the party’s electoral prospects.

She marked her launch with a mega 17-km-long road show in Lucknow on February 11 in which the then Congress President Rahul Gandhi and other leaders like state unit chief Raj Babbar and AICC General Secretary in-charge of Western Uttar Pradesh Jyotiraditya Scindia also participated.

Subsequently, she held marathon meetings with the party activists to figure out the problems grappling it for decades in the state where it has been unable to come to power since 1989.

After spending three days in Lucknow, she returned to Delhi and remained away from the state till March 17, as a result of which the initial fizz lost steam.

However, she made dramatic appearances on two occasions – one, when she went with her brother to meet the family members of Pulwama terror attack martyr and second, when she went to meet Bhim Army chief Chandrasekhar Ravan in the state.

As the Lok Sabha elections inched closer, she went on a three-day river ride programme on Ganga from Allahabad to Prime Minister Narendra Modi’s parliamentary constituency of Varanasi. During her campaign, she tried to connect with the communities of ‘mallah’ (boatmen) and weavers, residing on the banks of the river in Prayagraj, Mirzapur, Bhadohi and Varanasi.

After that she campaigned extensively for the party candidates across the state in over 22 other parliamentary constituencies, besides Rae Bareli and Amethi.

But despite all her road shows and public rallies in different parts of the state, the Congress could manage to win only Rae Bareli, represented by Sonia Gandhi, out of 80 Lok Sabha seats in the state.

The biggest shock came from Amethi Lok Sabha constituency, which Rahul Gandhi could not retain as Union Minister and BJP leader Smriti Irani won by a margin of 55,000 votes.

According to party leaders, Priyanka’s entry into politics boosted the morale of the Congress workers but she cannot convert crowds into votes.

A senior party leader said Priyanka managed to attract crowds during her road shows and public meetings, mainly because of her resemblance with her grandmother and former Prime Minister Indira Gandhi.

However, the votes remained negligible for the Congress candidates as in most of the places across the state losing margin with the BJP was more than 1.5 lakh to 2 lakh votes.

“After the Lok Sabha polls, Priyanka Gandhi, instead of taking the back seat like her brother, took the task to revive the party,” a party leader said.

She has been meeting party leaders and activists from the state twice a week since June this year and has so far met over 3,000 party leaders.

“She even formed the team of secretaries to get the real ground report from all the districts of the state on the causes for the party’s debacle,” the party leader said.

However, a Congress General Secretary said, “If Priyanka Gandhi is really serious about the revival of the party, then she needs to hit the streets like her grandmother did after the electoral loss in 1977 Lok Sabha elections.”

He went on to add, “She needs to come out of her comfort zone and twitter activism and lead the party workers on important issues on the streets.”  (Agency)