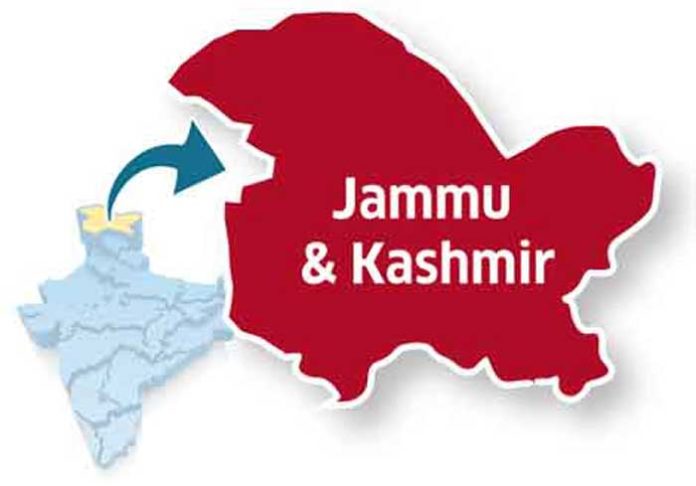 After a UN human rights report on Jammu and Kashmir said the number of civilian casualties in the state since May 2018 could be the highest in over a decade, the Indian government on Monday trashed it as “a continuation of the earlier false and motivated narrative” on Kashmir.

Responding to the Update of the Report by the Office of the High Commission for Human Rights (OHCHR) on Jammu and Kashmir, which was released on Monday, Ministry of External Affairs (MEA) spokesperson Raveesh Kumar in a statement said: “The assertions by the UN body are in violation of India’s sovereignty and territorial integrity and ignore the core issue of cross-border terrorism.”

He said in the report, the OHCHR “analysed” a situation created by years of cross-border terrorist attacks emanating from Pakistan without any reference to its causality.

The MEA termed the Update a “contrived effort to create an artificial parity between the world’s largest and most vibrant democracy and a country that openly practices state-sponsored terrorism”.

The Ministry spokesperson also voiced “deep concern” that the report “seems to accord a legitimacy to terrorism that is in complete variance with UN Security Council positions”.

He said that the UN Security Council had in February 2019, strongly condemned the dastardly Pulwama terror attack and subsequently proscribed Masood Azhar, the self styled leader of terrorist entity Jaish-e-Mohammed (JeM).

“However, in the Update, terrorist leaders and organisations sanctioned by the UN are deliberately underplayed as ‘armed groups’,” he added.

He slammed the OHCHR for “distorting India’s policies, practices and values”, which undermined the credibility of the UN body.

“Its failure to recognise an independent judiciary, human rights institutions and other mechanisms in the Indian state of Jammu & Kashmir that safeguard, protect and promote constitutionally guaranteed fundamental rights to all citizens of India is unpardonable,” the spokesperson said.

“Even more so, as it belittles constitutional provisions, statutory procedures and established practices in an established functioning democracy.

“The legitimisation of terrorism has been further compounded by an unacceptable advocacy of the dismemberment of a UN member State,” he said and added that the entire state of Kashmir was an integral part of India.

“Pakistan is in illegal and forcible occupation of a part of the Indian state, including the so-called ‘Azad Jammu and Kashmir’ and ‘Gilgit-Baltistan’, through aggression. We have repeatedly called on Pakistan to vacate these occupied territories,” he said.

According to the UN OHCHR report, tensions in Kashmir, which rose sharply after the Pulwama suicide bombing in February, “continue to have a severe impact on the human rights of civilians, including the right to life”.

Quoting data gathered by the local civil society, the Update said that “around 160 civilians were killed in 2018, which is believed to be the highest number in over a decade”.

It alleged that the Union Ministry for Home Affairs published “lower casualty figures, citing 37 civilians, 238 terrorists and 86 security forces personnel killed in the 11 months up to 2 December 2018”.

“Of the 160 civilian deaths reported by local organisations, 71 were allegedly killed by Indian security forces, 43 by alleged members of armed groups or by unidentified gunmen, and 29 were reportedly killed due to shelling and firing by Pakistani troops in areas along the Line of Control. According to the Government of Pakistan, a further 35 civilians were killed and 135 injured on the Pakistan side of the Line of Control due to shelling and firing by Indian forces during 2018,” it said.

Raveesh Kumar said: “India has registered strong protest regarding the Update with the Office of the High Commissioner for Human Rights.”

“The release of such an Update has not only called into question the seriousness of OHCHR but also its alignment with the larger approach of the United Nations,” he added.

“The Government of India follows the policy of zero tolerance towards terrorism and will take all measures to protect its territorial integrity and sovereignty against cross-border terrorism. Motivated attempts to weaken our national resolve will never succeed.”  (Agency)