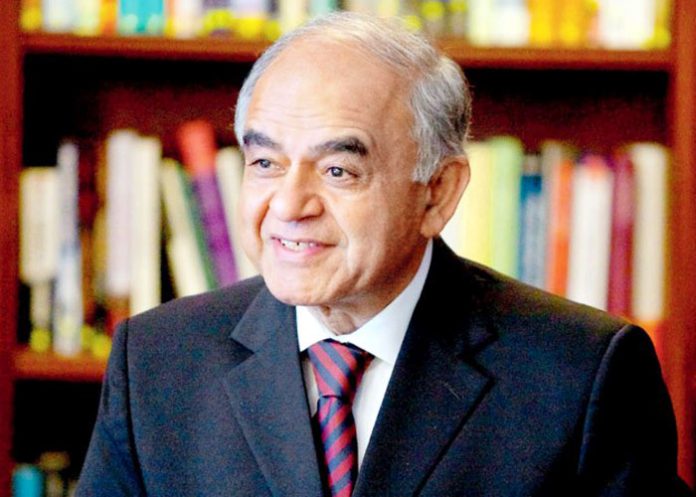 Chandigarh, Nov 20, 2020 (Yes Punjab News)
The first day of the digital edition of Literati 2020 organised by Chandigarh Literary Society (CLS) in association with HAREDA and Ireland as the country partner was kicked off on two digital platforms of Facebook and YouTube.

Dr Sumita Misra, IAS, CLS Chairperson in her opening remarks said that the digital platform has made Literati truly international with authors from across the globe participating making it a brilliant cross-cultural literary exchange.

Earlier the Ambassador of Ireland to India Mr Brendan Ward in his video remarks said that Ireland was proud to be a part of CLS Literati especially because of the association his country shares with Punjab where the hundred year old stories of Irish rebellion have been fantasied.

Gurcharan Das, the prolific writer in conversation with Manraj Grewal, fondly remembered his beautiful memories of the city where he stayed in his earlier years, shared his journey of writing and the current foray into autobiographical work, ‘Moksha’ which, according to him, is the most joyous experience of reliving the life again by remembering some of the best moments of his life.

Taking the cue from the question from Manraj Grewal regarding his idea of India, as he explained in his book on ‘India Grows at Night’ , he said that there is a dire need for India now to grow by day, which requires extensive reformation on the part of the State and the institutional framework of executive, bureaucracy and judiciary.

India is still coming up but fortunately the growth is bottoms up unlike China’s upward down, which is a good sign for the country to evolve more

The major problem with India, he reiterated, was corruption that also made him write “Difficulty of Being Good” which talked about moral and ethical issues in our days to days life, which, he said, emanates from the perennial conflict between ‘kama’, the desire, and ‘dharma’.

These two conflicting aspects of human psyche is so natural, but one need to understand that ‘kama’ is all about one’s own duties and responsibilities, while ‘dharma’ teaches you to think about others.

Problem was corruption in India and so I went to Mahabharta and that gave me the idea for “Difficulty of Being Good” which provided the basis for moral and ethical issues.

Talking about his upcoming work ‘Moksha’ Gurcharan Das said that he was learning and rediscovering himself, by relieving the moments from his own life and reflections from his own personal experiences, besides learning more about ego and how one can rise above it.

He also referred to the growing social polarization in the society which according to him, emerges from another significant aspect of language, i.e. of the people who know English and who do not.

Sharing tips for the writers, Gurcharan Das advised budding writers to make writing a habit and a discipline and keep writing every day, and continue to live life lightly, not as a feather, but as a bird.