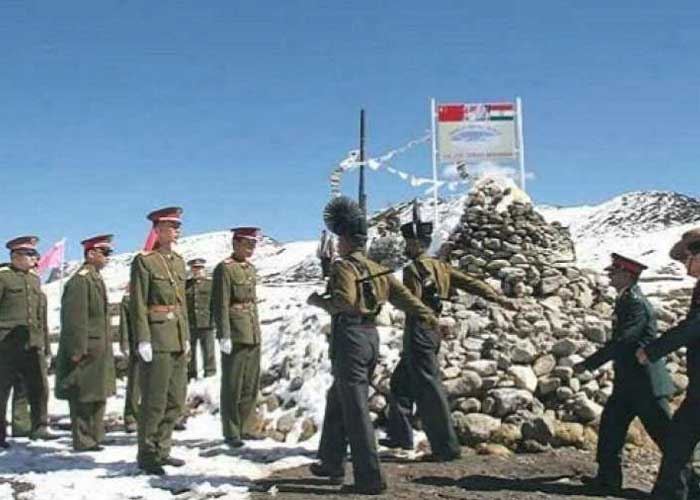 New Delhi, Oct 21, 2020-
India in a goodwill gesture ensured the release of a Chinese soldier who had strayed inside Indian territory across the disputed zone of the Line of Actual Control.

The astray Chinese soldier was detained two days back in the Demchok sector in the disputed border in Eastern Ladakh.

The Chinese People’s Liberation Army (PLA) corporal had told Indian agencies that he had crossed the disputed border to retrieve a yak that had strayed into India.

He was handed over at Chushul Moldo meeting point on Tuesday night.

Earlier, the Indian Army in a statement said: “A PLA soldier identified as Corporal Wang Ya Long was apprehended in the Demchok sector of Eastern Ladakh on October 19, 2020 after he had strayed across the LAC.”

India had said that the PLA soldier has been provided medical assistance, including oxygen, food and warm clothes to protect him from the vagaries of extreme altitude and harsh climatic conditions.

“A request has also been received from the PLA about the whereabouts of the missing soldier,” Indian Army said.

It said that as per established protocols, he will be returned back to Chinese officials at the Chushul – Moldo meeting point after completion of formalities.

India and China have amassed thousands of soldiers, tanks and missiles in the worst-ever border crisis in four decades. Multiple rounds of talks between senior military commanders and diplomats and ministers have failed to resolve the crisis.

Winters are harsh in the Himalayas and soldiers face the prospect of braving sub-zero temperatures even upto minus 30 degrees Celsius. (Agency)