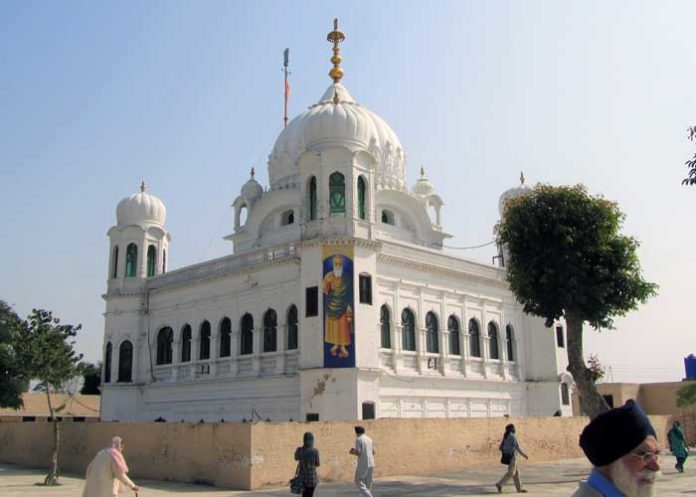 No agreement could be reached on modalities for operationalising the Kartarpur corridor even in the third round of talks held on Wednesday as India rejected Pakistan’s demand to charge a service fee from the pilgrims.

“Owing to certain differences on a few key issues, the agreement could not be finalised,” said a Ministry of External Affairs (MEA) statement.

“Pakistan has insisted on charging a service fee for allowing pilgrims to visit Gurdwara Kartarpur Sahib, which is not agreeable for smooth and easy access of the corridor.

“Pakistan has also shown its unwillingness to allow the presence of Indian consular or protocol officials at the gurdwara premises,” it said, adding the Pakistan side was urged to reconsider its position.

The two countries have already agreed on visa-free travel of 5,000 Indian pilgrims daily throughout the year, seven days a week, without restrictions, based on their faith.

The talks were held to discuss and finalise the draft agreement for operationalisation of the Kartarpur corridor, the first visa-free destination between the two neighbours since Independence, for Indian passport holders and Overseas Citizenship of India (OCI) card holders.

“This is our commitment to the pilgrims that this will be free of any charge, so we persisted with a request but I am sorry to say that Pakistan has shown extreme inflexibility on this issue and they have not accommodated our request so far,” S.C.L. Das, Joint Secretary, Internal Security in the Home Ministry, told reporters at Attari.

“We hope good sense prevails and both the issues are resolved, particularly that of service fee,” he said.

“The progress (on the construction of the corridor) is not insignificant. We are hopeful we will come out with some solution,” he added.

In the third round of talks held on the Indian side of the Attari-Wagah Border, the two sides agreed to establish a direct line of communication between India’s Border Security Force and the Pakistan Rangers to handle emergencies.

Das said significant progress has been to build a state-of-the-art infrastructure, including a passenger terminal on the Indian side that can handle over 15,000 pilgrims in a day and it is targeted to be completed by October.

“The work on the four-lane highway on the Indian side is on schedule and will be completed by September,” he said.

Mohammad Faisal, a spokesperson for Pakistan’s Ministry of Foreign Affairs, told reporters at Wagha after the meeting that Pakistan has completed 90 per cent work on the corridor and it is committed to open the corridor ahead of Guru Nanak’s 550the birth anniversary.

A day earlier, Pakistan Prime Minister Imran Khan announced that his government would issue multiple and on-arrival visas to Sikh pilgrims coming from India and abroad and provide them maximum possible facilities during their visit to the holy sites.

Four days before this high-level meeting, officials of India and Pakistan met for the fourth phase of technical modalities for the corridor.

In the meeting, India shared details about the significant progress it has made in building the necessary infrastructure on its side to handle the pilgrims.

A large portion of the 4.2 km-long corridor falls in Pakistan’s territory. Officials said India favoured a makeshift arrangement in laying a sidewalk till the bridge over the Ravi river is completed.

“Pending the construction of the bridge on the Pakistan side, both sides agreed to the crossing point coordinates of the temporary service road being built,” said the MEA statement.   (Agency)