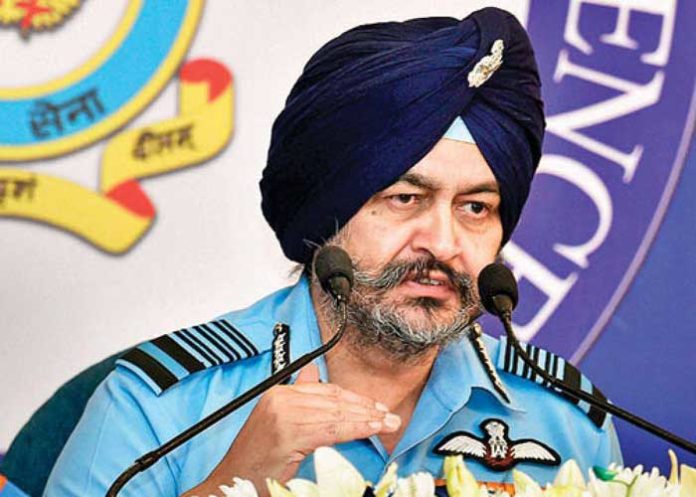 Chief of Air Staff Air Chief Marshal Birender Singh Dhanoa said on Friday that the Indian Air Force (IAF) achieved its objective of sending across a stern message to terrorist organisations in Pakistan through the Balakot air strikes in February.

Air Chief Marshal Dhanoa, who is set to retire on September 30, was addressing a media conclave in Mumbai.

Dhanoa said this in reply to a query on aspersions cast upon the efficacy of the air strikes that were carried out by the IAF near Balakot in Pakistan’s Khyber Pakhtunkhwa province on February 27.

“We were responsible to the national leadership in so far as the Balakot air strikes were concerned. In any mission, whenever you do a strike, there is something known as bomb damage assessment.

That analysis is carried out. And in your planning process a lot of redundancies are built up. The end result, you look at whether you have achieved your stated political objective or not. That is exactly what the government wanted to achieve.

“We hit a non-military target to tell terrorist organisations that if you perpetuate terrorist attacks in our country, no matter where you are, whether you are in PoK or you are in Pakistan proper, we will come and get you and I think that is exactly what we did,” said Dhanoa.

A fleet of IAF jets had destroyed terror launch pads in Balakot in a pre-dawn aerial attack carried out on February 27.

During the conclave, Dhanoa spoke about a range of issues including the Rafale jets, the 2001 terrorist attack on Parliament, the delay in production of the Light Combat Aircraft Tejas and India’s military preparedness in the face of terror threats.

Dhanoa said though the air force was ready to launch attacks against Pakistan after the Parliament attack of 2001 and the Mumbai terror attacks of 2008, it was a political decision not to go ahead with the strikes.

He spoke on how he had assured Wing Commander Abhinandan’s father that he will be freed from the captivity of Pakistan.

He said Pakistan had undermined India’s war preparedness in 1965 and then again in 1999 during the Kargil War. Speaking on the Rafale jets, he said the aircraft will be a gamechanger for India.  (Agency)