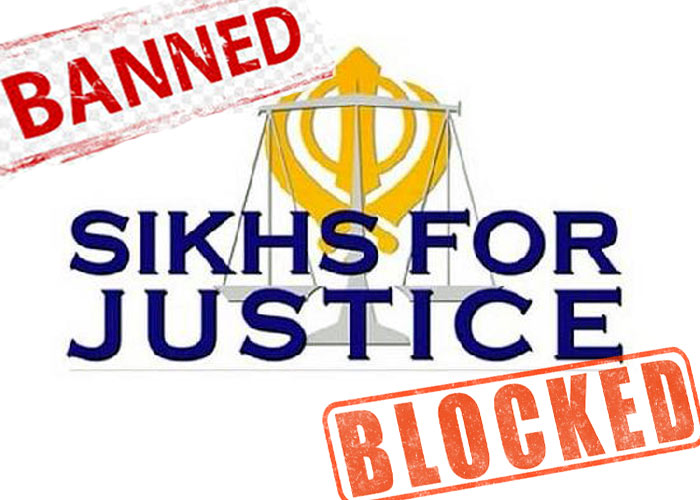 India has blocked the Russian portal which was used by banned pro-Khalistan group Sikhs For Justice (SFJ) for online voter registration for ‘Referendum 2020’ to demand Khalistan, which seeks a separate homeland for the Sikhs.

Agencies say that the government’s move and heavy security arrangements in Punjab turned the much publicised anti-India campaign ‘Referendum 2020’ a futile exercise. However, the SFJ claimed to have distributed 10,000 voter registration forms throughout the state in a day.

Soon after inputs received that the SFJ launched the ‘Referendum 2020’ voter registration through the Russian website www.punjabfree.ru, Ministry of Home Affairs (MHA) with the help of concerned departments blocked the site.

The SFJ chose July 4 to launch the campaign in memory of Sikhs killed during the 1955 attack at Darbar Sahib.

The secessionist group failed to get support for its anti-India effort through the voter registration for Referendum as police vehicles in large numbers and policemen in plain clothes were deployed in Golden Plaza and other areas to foil any attempt disturbing the country’s peace and violating law and order, an official said.

In a statement, the secessionist group said its July 4 voter registration received an overwhelming response from people of Punjab forcing the Indian government to block access to the Russian portal in a desperate attempt to stop the registration of votes.

Designated US-based terrorist Gurpatwant Singh Pannun had made the voter registration announcement through a video, putting Punjab Police as well as central security agencies in a tizzy.

The SFJ’s lead campaigner Pannun was on July 1, 2020 declared a terrorist by the Central government under the Unlawful Activities (Prevention) Act for trying to revive militancy in Punjab through anti-national activities and involvement in the Khalistan movement.

The Centre had also declared eight others as terrorists too. These are UK-based chief of terrorist organisation Babbar Khalsa International (BKI), Paramjit Singh and Canada-based chief of Khalistan Tiger Force Hardeep Singh Nijjar are among the nine designated terrorists.

The radical group SFJ is supported by Pakistan-based handlers to provide money and logistical support to radical Sikh elements in Punjab to carry out subversive activities. It is headed by Avtar Singh Pannun and Gurpatwant Singh Pannun, who have started advocating Khalistan as well as the online secessionist campaign for Referendum 2020.  (Agency)