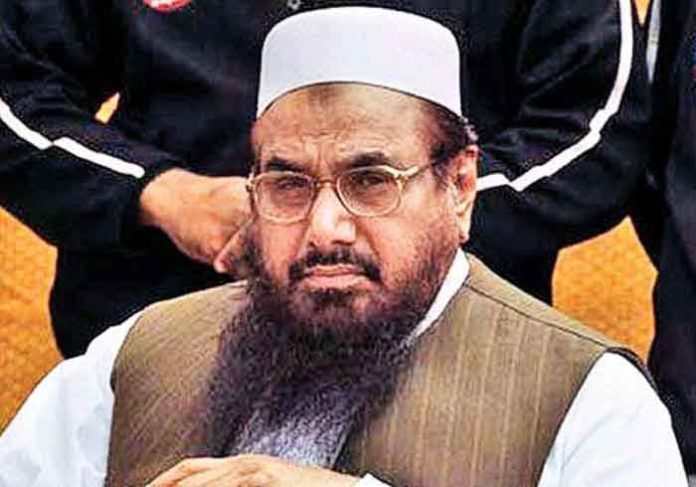 The declaration, made through a gazette notification issued on Wednesday, comes nearly a month after the Parliament approved a crucial amendment to the UAPA law.

The notification was issued based on clause (a) of sub-section (1) of section 35 of the Unlawful Activities (Prevention) Act which empowers the Central government to notify the name of an individual in the fourth schedule to the Act, if it believes that the individual is involved in terrorism.

The Central government believes that Saeed, Azhar, Lakhvi and Dawood are involved in terrorism and are to be notified as terrorists under the UAPA, said the notification.

“Azhar has been designated as a global terrorist by the United Nations under the United Nations Security Council Resolution 1267 on May 1 this year and was declared as a proclaimed offender by the Special Judge (POTA), New Delhi,” the notification said.

It mentioned that the JeM under the patronage of Masood Azhar, extensively undertakes recruitment drives for terrorist activities and his preaching wings regularly organise events in order to urge people to promote terrorism and support their actions against India.

His outfit was also involved in terror attacks on Border Security Force (BSF) camp at Humhama in Srinagar (October, 2017), on the CRPF camp at Lethpora, Pulwama (December, 2017) and on the army camp, Sunjwan, Jammu (February, 2018), said the notification.

Azhar had also been instrumental in Pulwama terror attack on February 14 this year wherein 40 paramilitary troopers were killed.

He was accused in various cases registered and being investigated by the National Investigation Agency and a charge sheet had been filed against him in the Pathankot air base attack case.

It was also noted in the notification that he has been involved in various terrorist attacks in India that include the Red Fort attack (December 22, 2000) in which three persons including two army jawans were killed, and the Rampur attack (January 1, 2008) in which seven Central Reserve Police Force personnel and one civilian were killed.

He was also named in the 26/11 Mumbai attack in which 166 people, including 25 foreigners, were killed and 235 people were injured.

Saeed, also instrumental on the attack of the BSF convoy at Udhampur in Jammu and Kashmir on August 5, 2015, is accused in various cases registered and being investigated by the NIA which inter-alia include Jammu and Kashmir terror conspiracy and
terror funding case and Dukhtaran-E-Millat case.

A charges heet had been filed against Saeed in Mumbai terror attack and RCN (No. A-2414/8-2009) was issued against him on August 28 this year for his role in the case.

Lakhvi is accused in various cases of LeT attacks and being investigated by the NIA, said the notification, mentioning a charge sheet had been filed against him in Mumbai terror attack.

The UN Security Council’s Islamic State of Iraq and Levant and Al-Qaeda Sanction Committee had listed him for participating in the financing, planning, facilitating, preparing or perpetrating of acts or activities by, in conjunction with, under the name of, on behalf or in support of, supplying, selling or transferring arms and related material or otherwise supporting acts or activities Osama bin Laden — believed dead militant of terror group Al-Qaeda which he founded — and the Taliban.

It is mentioned that Dawood executed a series of bomb blasts through his associates in Mumbai in March 1993 which resulted in deaths of 257 persons and injuries to over 1,000 persons apart from destruction of properties on a massive scale.