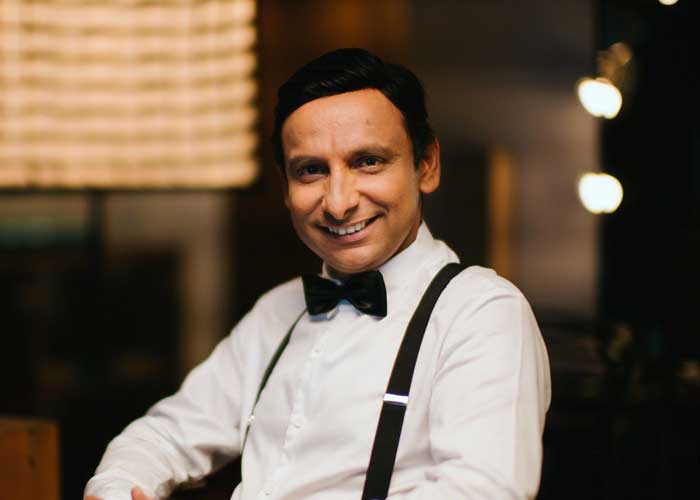 Violence has erupted in parts of the country owing to the Citizenship Amendment Bill (CAB), and Bollywood actor Inaamulhaq feels this is a strategy by politicians to distract the common people from real issues such as development, economic growth, education, and healthcare. Importantly, such unrest tampers with the essential idea of India, which is inclusive in nature.

The actor’s new film “Nakkash” addresses the subject of religious extremism and how it is ruining humanity. It was the opening film of the LIFFT India Filmostsav 2019 that started on December 12 and continues till December 16.

“It is true that extremism is presently a global phenomenon, and (the situation in) our country is no different. We are not lawmakers but we can channelise our opinions and anger in our film and our stories, so that we can bring a change in the perspective of people when they choose their leaders. Of course, we all are part of that. there is no denying that our country is going through a tough time due to its socio-political change,” Inaamulhaq told IANS.

“The created polarisation that is tampering the core idea of India a strategy (by politicians), so that people are distracted and look away from real issues such as the growth in economy, education and healthcare or children, the access to clean drinking water and well-build roads,” the actor added.

“Nakkash” released theatrically on May 31 after travelling to various international film festivals.

The director of the film Zaigham Imam believes that LIFFT India Filmostsav 2019 is an important platform since many youngsters from across the country attend it.

Lately, the blockbuster “Kabir Singh” generated a lot of noise on how filmmakers should be responsible while creating characters and stories, because films influence people. “Nakkash”, on the other hand, delivers a message of humanity. If cinema influences people so much, why can’t such meaningful films stop religious hatred? Do films really change minds?

“I strongly believe cinema has the power to change people’s minds. When it comes to meaningful films like ‘Nakkash’, it probably does not become a topic of discussion like a ‘Kabir Singh’ only because of marketing strategy and publicity design. We did not have the resources of a film like ‘Kabir Singh’,” the actor said.

“More than the content of a film, it is about how the content is getting released theatrically.”

He added: “However, another way to reach out to people with a meaningful film like ‘Nakkash’ are film estivals.”

“The only problem is budget. The amount we have invested to make our entire film is the kind of money big production houses invest for just publicity of their film. From the time they sign an actor to what is happening on the shoot — they have publicity or everything. We suffer owing to lack of resources,” said the film’s co-producer Ashutosh Sharma.

However, Inaamulhaq mentioned: “I would say both kinds of films should co-exist, otherwise as filmmakers and storytellers, we will not be able to work responsibly. When the higher authority is not educating people, we as citizen have to take on the responsibility to ensure there is no hatred among people.”

The LIFFT (Literature, Illusion, Film Frame TV & Theatre) India Filmostsav 2019 will present over 250 films across categories from 40 countries, and will be open to public till December 16 in Lonavala. There will be conversation sessions with many international filmmakers and actors at the festival, which is founded by Riju Bajaj and takes place at Fariyas Resort.  (Agency)