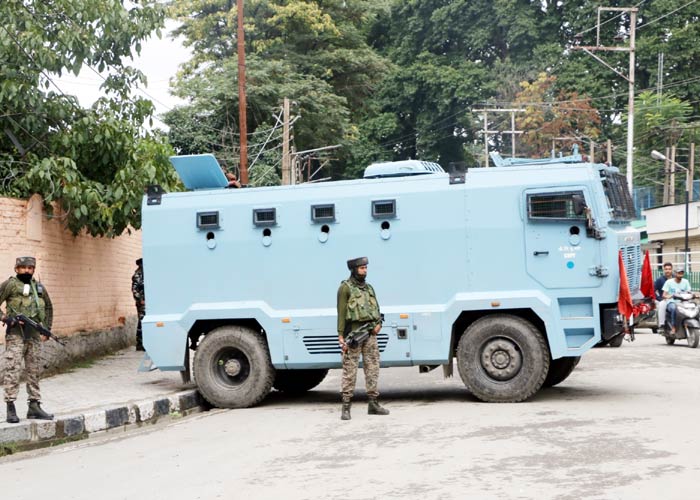 Twenty-one-year-old Sameer Ahmad Bhats family is inconsolable. A Public Safety Act (PSA) has been slapped against the truck driver. Just two days before the Eid there was a knock at the door of Manzoor Ahmad Bhat by a police party in the middle of the night. They were looking for his son Sameer.

Manzoor says police told him, Sameer was a stone pelter. When they didn’t find him at his Khrew township home in Pulwama, 30 km from here, they arrested the 50-year-old father, in his stead.

Manzoor is father of six — five boys and one girl. Sameer is his third child. According to Manzoor, police told him that he will be released only after Sameer hands himself over to the police.

A day later, when Sameer presented himself before the police, only then, Manzoor was released.

“We are hopeful that our son will be released, we have approached the high court to seek his release. He was in Srinagar until 10 days back, but we don’t know whether he is in Kashmir now, or has been sent outside Kashmir,” Manzoor Ahmad added.

While many were arrested, there has been many who were released as well within days after the arrests.

Though there is no clear figure on the arrests made so far. Something between 1,500 to 4,000 people have reportedly been arrested in Kashmir after the scrapping of Article 370.

Government says the decisions about arrests were taken at the local level and if there were arrests taking place, there were releases also happening, simultaneously.

“If there are arrests taking place, there are also releases taking place — of some people who are not posing a threat to peace and through whatever other mechanism as may be necessary,” government spokesperson Rohit Kansal said.

Showkat Ali, 27, in Bandipore district is one such person who was released five days after he was arrested. Showkat runs a cement store in Bandipore town, but has not been working for the past two months.