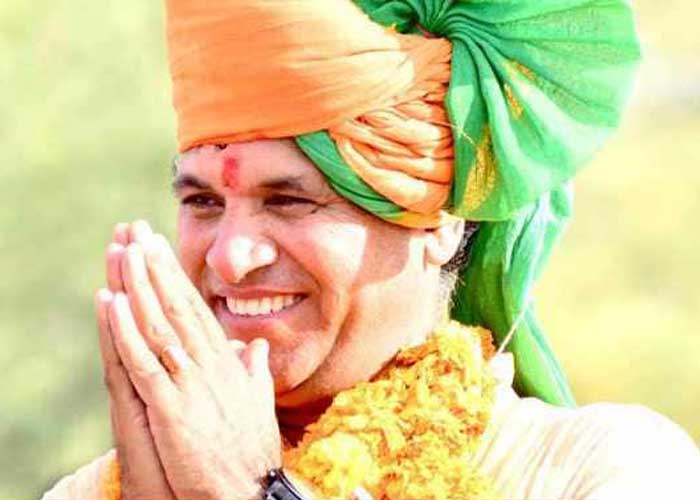 In the digital era when information is sent from one part of the world to the other in a fraction of seconds, this would appear antiquated: court summons took months to reach Barmer MP Kailash Chaudhary who was made a party in a case filed by former IPS officer Pankaj Choudhary after his nomination was cancelled by the Election Commission during Lok Sabha elections this year.

Even after receiving the notice, there has been no revert from the MP and the court on November 5 yet again postponed the hearing to November 13.

Petitioner Pankaj Choudhary filed a case on July 6, 2019 against the Election Commission of India for disqualifying his nomination as a BSP candidate for Lok Sabha elections from Barmer as he was not given the required certificate about his termination of services from police service. He then approached the High Court to get the certificate.

Meanwhile, Pankaj Choudhary filed a case against ECI accusing it of deliberately delaying the issuance of certificate due to which he could not contest elections from Barmer.

He said he was proposed BSP candidate from Barmer from where Manvendra Singh of Congress and Kailash Choudhary of BJP were in the fray.

The court then made Kailash Choudhary as the first party of respondents in the case and issued notices.

The first notice was sent to Choudhary on July 26, 2019 to his address in Balotra, Barmer. However, his father did not accept the notice, saying the MP does not stay there anymore.

The second notice was sent to Kailash Choudhary’s residence in Delhi on August 22, 2019. Again the notice was not received.

The third notice was sent to him on October 5, 2019 followed by another one on October 14.

This order said, “The summons issued to respondent number 1 on October 5 are still awaited. The registrar is directed to send a communication to the district judge New Delhi to ensure the notices are duly served on respondent number 1 before the next date. List the petition on November 4, 2019.”

This time, the court also issued directions to the Registrar to ensure that the notice is sent to the party and received. Thereafter, the letter was duly received formally by the party, said Sumer Lal Sharma, chief election agent of Pankaj Choudhary.

However, there has been no reply from the party despite the order being accepted.

The other parties in the order are Election commission of India and Rajasthan electoral officer, DM Barmer who is also the returning officer. All three of them have sent their replies, however, Kailash Choudhary’s reply is taking time, said Sharma.

The latest order issued by Justice Arun Bhansali on Nov 5 said, “Notices of respondent 1 are still awaited. By order dated 14/10/2019, the Registrar was directed to send a communication with the District Judge, New Delhi, to ensure that the notices are duly served on respondent No. 1 before the next date.”

The registrar after communicating with district judge (New Delhi) has informed the Court Master that the requisite notices have been served on respondent number 1 and the papers have been sent by post.

The court has listed the writ petition for hearing on November 13.

Pankaj Choudhary expressed his surprise at the delay being made in the matter, wondering how receiving the summons can take such a long time.