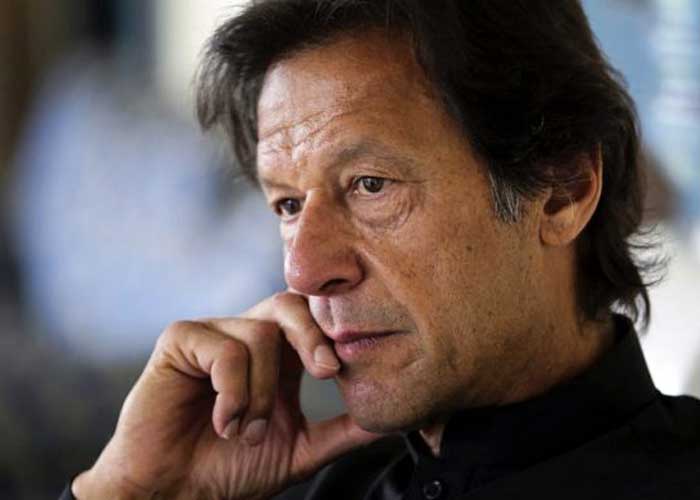 Pakistan Prime Minister Imran Khans ‘Naya Pakistan’ is disintegrating both as a concept and country. In just the last few days, three different regions of Pakistan are up in arms against the army-supported Khan government.

The Pashtuns are angry over the filing of terrorism charges against the parents of human rights activist Gulalai Ismail, who had fled to the United States; people in Sindh are protesting the Khan government’s presidential ordinance to take over their islands; Balochistan activists converged in Canada to mark their protest against human rights violations against the Baloch people by the Pakistani government.

When Khan had coined the term Naya Pakistan in 2017, it conjured among the people much hope, optimism and a vision for Pakistan. After all, Khan was a celebrated, successful international cricketer. The people of a beleaguered country expected Khan to play another resounding knock in his political innings. However, two years later Khan is a jaded politician and Naya Pakistan a poor carbon copy of purana Pakistan with public dissatisfaction rife across the country.

The world is currently looking at how Pakistan has framed terrorism charges against the elderly parents of activist Ismail, who had fled to the US in September 2019 after the country had leveled treason charges against her. Embarrassed at her fleeing the country from right under their noses, a Pakistani anti-terrorism court has charged her parents-retired university professor Mohammad Ismail and his wife-of involvement in terror attacks in 2013 and 2015.

Gulalai is an activist of the Pashtun Tahafuz Movement (PTM) which is campaigning for Pashtun human rights and highlighting Pakistani atrocities against them. Gulalai, an award-winning activist, was on the right side of the Pakistani establishment for her vocal criticism of the Taliban for its terror. However, once she began to highlight the Pakistani military and intelligence-the forces behind the rise of the Taliban-she found herself into their crosshairs. Now, Pakistan is terrorizing her parents.

Veteran US diplomat Alice Wells had shared her concerns about Gulalai’s family in a tweet: “We are concerned by reports of the continued harassment of Gulalai Ismail’s family, and her father’s detention today. We encourage Pakistan to uphold citizens’ rights to peaceful assembly, expression, and due process.”

Stung by the harassment of Gulalai’s parents, Pashtun groups are running a pro-Gulalai campaign-#WeStandWithGulalaiFamily. Separately, young Pashtuns have been running a prolonged campaign against the Khan government’s shenanigans-abductions and disappearances, internal displacement and military operations by the security forces. The elders of the community have also been holding rallies asking the government to rehabilitate the displaced people and rein in the Taliban.

Some of the biggest names in the Balochistan movement converged in Toronto, Canada, on Sunday to protest against the human rights violations by the Pakistani government. Writer Tarek Fatah, Baloch activist Karima Baloch, Human Rights Council of Balochistan’s Lateef Johar and other leaders held a rally to remember the disappearance of activist Shabir Baloch who had been kidnapped by Pakistani authorities in October 2016.

The protest, called #ReleaseShabirBaloch, demanded that Pakistan provide liberties and restore human rights for the people in the regions of Balochistan, Sindh and Khyber Pakhtunwa. Besides the denial of rights and dignity, the Baloch people also allege economic exploitation at the hands of Pakistan which they say is colluding with China to take away the mineral resources from Balochistan through the China Pakistan Economic Corridor (CPEC).

The Baloch activists have also highlighted the activities of the secretive death squads, allegedly established by the Pakistani government and the Army, in Balochistan to murder and kidnap people who seek better socio-economic conditions for one of Pakistan’s most deprived regions.

This large-scale disaffection across vast regions of Pakistan has taken over the eastern province of Sindh as well.

The Khan government’s presidential ordinance to establish the Pakistan Islands Development Authority has ignited Sindh where people feel that the central government is trying to encroach over private land. The Pakistan Islands Development Authority ordinance has brought together the main opposition party, the PPP, civil society organizations, activists and intellectuals with none taking kindly to the proposal.

The ordinance seeks to bring urban development to islands by constructing mega cities on them. Human rights activist I.A. Rehman told Pakistani newspaper The Express Tribune that the islands are the property of the people. “You cannot take them without their consultation. Any takeover of the islands will be against the country.” The ordinance has given rise to fears that different kinds of indigenous people including fishermen will be affected if the government takes over the numerous islands.

With most of Pakistan protesting against the Imran Khan government for poor governance, misrule and human rights violations, the dream of Naya Pakistan, remains just that-a dream while Khan himself joins a long list of failed leaders delivering empty promises.  (Agency)