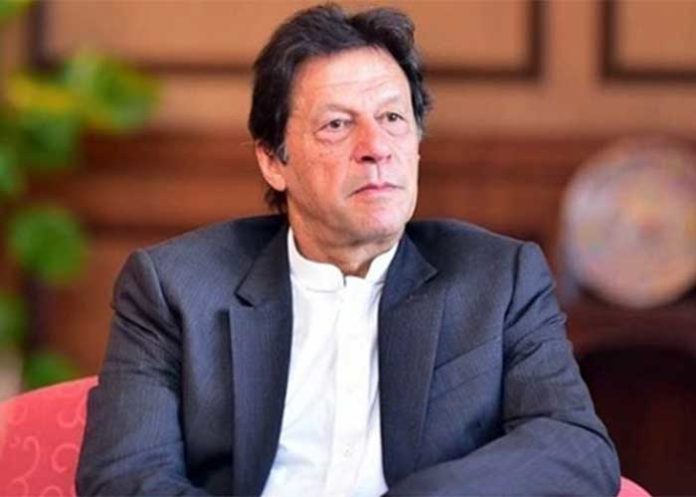 With the world powers, including the Muslim world, ignoring his persistent pleas to intercede on Kashmir, Pakistan Prime Minister Imran Khan has now through an opinion piece in The New York Times urged the international community to “think beyond trade and business advantages” and warned of a looming threat of nuclear war due to “appeasement” of India.

In a piece titled “The World Can’t Ignore Kashmir. We Are All in Danger”, Khan says that “if the world does nothing to stop the Indian assault on Kashmir and its people, two nuclear-armed states will get ever closer to a direct military confrontation”.

The Pakistan PM, who launched a weekly ‘Kashmir Hour’ from Friday across his nation, where everyone, including school children, were required to come out on the streets at noon and stand in support of Kashmir, has left no stone unturned in is attempt to make the world back Islamabad’s stand that India’s moves on Kashmir were tantamount to “annexation”. But apart from close friend China, Islamabad has failed to elicit any support.

Pakistan has alleged large-scale human rights violations and violence in Jammu and Kashmir in the aftermath of India revoking the special status of the state. The Indian government and the Kashmir administration have stoutly denied Pakistan’s allegations.

In his opinion piece, Imran Khan writes: “With the nuclear shadow hovering over South Asia, we realize that Pakistan and India have to move out of a zero-sum mind-set to begin dialogue on Kashmir, various strategic matters and trade.

“On Kashmir, the dialogue must include all stakeholders, especially the Kashmiris. We have already prepared multiple options that can be worked on while honoring the right to self-determination the Kashmiris were promised by the Security Council resolutions and India’s first prime minister, Jawaharlal Nehru.”

On Thursday, the Indian government said that it is high time Pakistan started behaving like a “normal neighbour”, instead of pushing terrorists into India, and also “do normal talk and normal trade”.

Pakistan has significantly raised the decibel on Kashmir as from August 31, Jammu and Kashmir will be officially divided into two Union Territories – AJ&K and Ladakh — to be governed directly by the central government. India said the special status to Kashmir was preventing several people-centric benefits from percolating to the grassroots, and was a way of keeping the separatist fire burning, which was being continually fanned from across the border by Pakistan.

Seeing its vestiges of hold over Jammu and Kashmir vanish, Pakistan’s utterances on Kashmir have turned shrill over the past few days.

“Through dialogue and negotiations, the stakeholders can arrive at a viable solution to end the decades of suffering of the Kashmiri people and move toward a stable and just peace in the region. But dialogue can start only when India reverses its illegal annexation of Kashmir, ends the curfew and lockdown, and withdraws its troops to the barracks,” Imran has written.

“It is imperative that the international community think beyond trade and business advantages. World War II happened because of appeasement at Munich. A similar threat looms over the world again, but this time under the nuclear shadow,” the Pak PM writes.

“If the world does nothing to stop the Indian assault on Kashmir and its people, there will be consequences for the whole world as two nuclear-armed states get ever closer to a direct military confrontation. India’s defense minister has issued a not-so-veiled nuclear threat to Pakistan by saying that the future of India’s “no first use” policy on nuclear weapons will “depend on circumstances.” Similar statements have been made by Indian leaders periodically. Pakistan has long viewed India’s “no first use” claims with skepticism,” he said.

However, Imran has conveniently forgotten to mention that his country tested a surface-to-air ballistic missile ‘Ghaznavi’, capable of delivering nuclear warheads on Thursday morningA – in a muscle-flexing move aimed at India. His country’s army and naval chiefs also met their commanders and reviewed their combat preparedness.

“Thousands of Kashmiris have been arrested and thrown into prisons across India. A blood bath is feared in Kashmir when the curfew is lifted. Already, Kashmiris coming out in defiance of the curfew are being shot and killed,” he writes.

India has voiced strong condemnation over “the highly irresponsible statements made by the Pakistani leadership on matters internal to India. This is intended to project an alarmist situation which is far from the ground reality. Pakistan needs to understand that the world has seen through their lies,” the Ministry of External Affairs has said.

Imran said that Indian Prime Minister Narendra Modi’s first term had been “marked by lynching of Muslims, Christians and Dalits by extremist Hindu mobs. In Indian-occupied Kashmir, we have witnessed increased state violence against defiant Kashmiris. Pellet-firing shotguns were introduced and aimed at the eyes of young Kashmiri protesters, blinding hundreds”.

Religious and rights groups have voiced concern over the large-scale killing of Hazaras, Ahmedis and Shias in Pakistan, and also the forced marriage and conversion of Hindu and Sikh girls.

In his reference to the Feb 14 terror attack in Pulwama by a Pakistan-based Jaish-e-Mohammed militant in which over 40 Indian security personnel were killed, Imran Khan has glossed over the incident. A”On Feb. 14, a few months before those elections, a young Kashmiri man carried out a suicide attack against Indian troops in Indian-occupied Kashmir. The Indian government promptly blamed Pakistan.”

Like in his several tweets where he has termed PM Modi a “racist, fascist and a Hindu supremacist”, Imran continues in the same vein in the opinion piece.  (Agency)