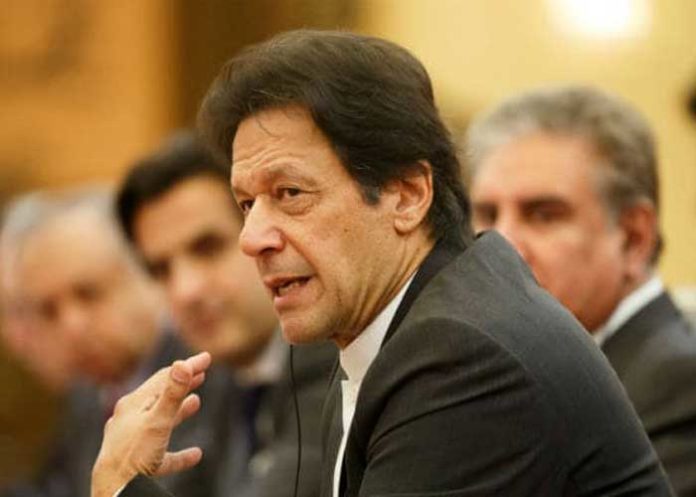 “Pakistan fears India will use Afghanistan to destabilize us,” he said addressing the inaugural ceremony of the two-day Pakistan-Afghanistan Trade and Investment Forum in Islamabad.

“We tried to be friends with India but could not succeed. We realize that India is ideologically against Pakistan”, he added.

The premier said that the Narendra Modi-led government in India was not only against Pakistan as a country but was also against its own Muslim population.

“The treatment of Muslims in India today has never happened before. Minorities in India have been under continuous suppression,” he said.

Talking about the decisions being taken by the Indian government in Kashmir, Khan said that it was bent upon inflicting atrocities on innocent Kashmiris.

“Lockdown in Indian Illegally Occupied Jammu and Kashmir (IIOJK) is the worst example of suppression and barbarity,” he said.

While Khan’s government is feeling the pressure and criticism of not raising the Kashmir issue at global platforms, the premier said that his government has always raised the issue at every regional and international forum, vowing to continue until the resolution of the Kashmir dispute as per the UN Security Council resolutions is implemented.

It is pertinent to mention that after the US expressed desire to see increased role of India in Afghanistan’s development and progress; Pakistan has been consistently raising its concerns over Washington’s intention to increase Indian presence, which it says will have negative impact on the border security and broad based relations between Afghanistan and Pakistan.

Pakistan maintains that New Delhi has been engaging with terror elements in Afghanistan and has been promoting them to target Islamabad.

Islamabad has also raised its concerns with the US administration, as it does not want to see increasing Indian presence in Afghanistan.

Pakistan security establishment has also maintained and alleged that terror attacks, groups and other extremist elements, who cross over the border to target sensitive installations and claim lives of innocent civilians in the country, are in contact with Indian agencies.

However, the Pakistani claim has always been rejected by New Delhi. (Agency)