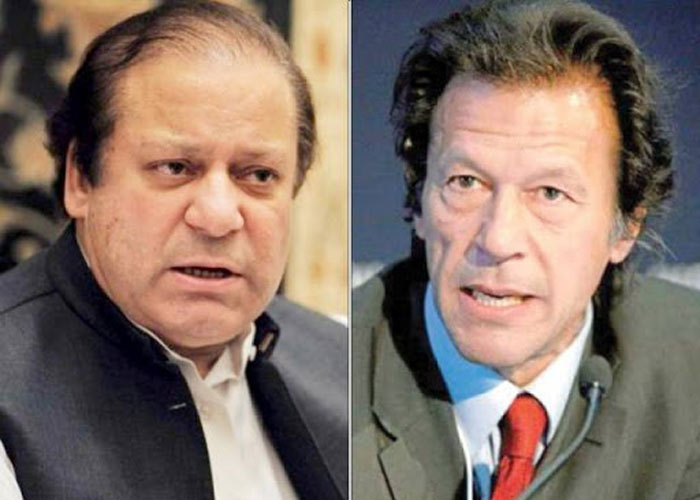 Addressing a news conference here on Wednesday, PML-N Senator Musaddiq Malik, information secretary Marriyum Aurangzeb and deputy secretary general Attaullah Tarrar said that Sharif had gone abroad for treatment on the directive of the government’s medical board, but “the PTI government is continuously lying about his medical condition”, reports Dawn news.

Malik said that Sharif was suffering from a condition where the vessel responsible for supply of blood to his brain was blocked.

He pointed out that during detention Sharif suffered two heart attacks and the entire Punjab government struggled to diagnose his ailment.

Malik said that Khan and his cabinet were the ones who approved Sharif’s travel abroad.

“Nawaz Sharif has submitted his medical reports to the Punjab government as agreed in the court and that all reports were attested by the doctors, notary public, London Foreign Office and Pakistan High Commission, but the PTI is adamant that the reports are fake,” he added.

Also addressing the conference, Tarrar said that the bail granted by the Lahore high court to Sharif was still in effect, reports Dawn news.

The court gave Sharif bail on medical grounds and all government measures around it were illegal, he added.

Wednesday’s development comes after the Punjab government last week refused to extend Sharif’s bail declaring that it had found no “legal, moral or medical ground” necessitating an extension.  (Agency)