Home National ‘I’m Indira’s granddaughter, nothing can stop me from telling truth’ 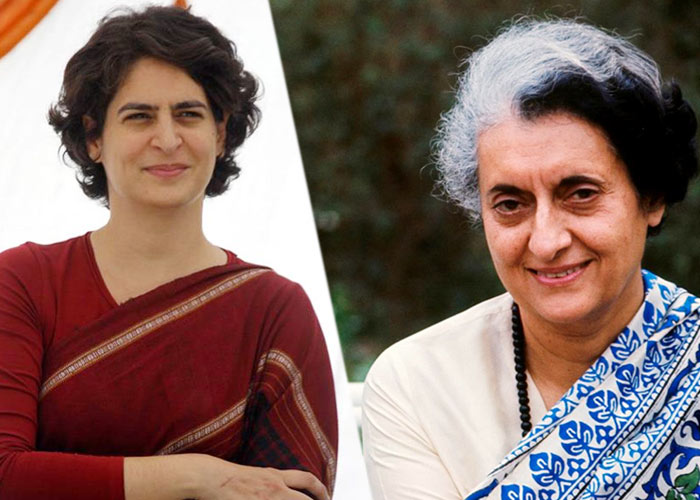 A day after the Uttar Pradesh child rights body slapped a notice on Priyanka Gandhi, the Congress leader slammed back saying she is “Indira Gandhi’s granddaughter” and nothing will stop her from telling the truth.

The UP State Commission for Protection of Child Rights (UPSCPCR) on Thursday sent a notice to Gandhi regarding her Facebook post in which she criticised the Kanpur shelter home incident where 57 girls tested positive for Covid.

Priyanka Gandhi also said that the government was wasting time threatening her as they would not have much of an effect on her.

In a series of tweets in Hindi, the Congress’ eastern Uttar Pradesh in-charge said, “My duty as a public servant is to the people of UP, and that duty is to put the truth before them. And not to peddle any government propaganda. The UP government is wasting its time by threatening me…”

“Do whatever you want to do. I will keep bringing the truth to the fore. I am the granddaughter of Indira Gandhi, not an informal BJP spokesperson from an opposition party,” she said in another tweet.

The Commission has asked the Congress leader to issue a corrigendum to her post within three days or face action under the Child Protection Act (Section 13).

The notice sent by Chairman of the Commission, Vishesh Gupta, said that the UPSCPCR had taken suo-moto cognizance of her post in which she had compared the Kanpur shelter home to the Muzaffarpur (Bihar) shelter home incident.

Gupta further said that comparing the Kanpur incident with Deoria in UP and Muzaffarpur in Bihar was completely “baseless and unjustified”.

“Two girls were already pregnant when they were brought to the shelter home a few months ago and it was wrong to insinuate any sexual exploitation in the shelter home,” the letter added.

The letter further said that Priyanka Gandhi’s remarks on social media has caused considerable anguish to the concerned inmates.

Earlier this week, the District Magistrate of Agra, Prabhu Narain Singh, had asked Priyanka Gandhi to apologise for her post in which she had stated that 28 deaths had taken place in Agra within 48 hours.