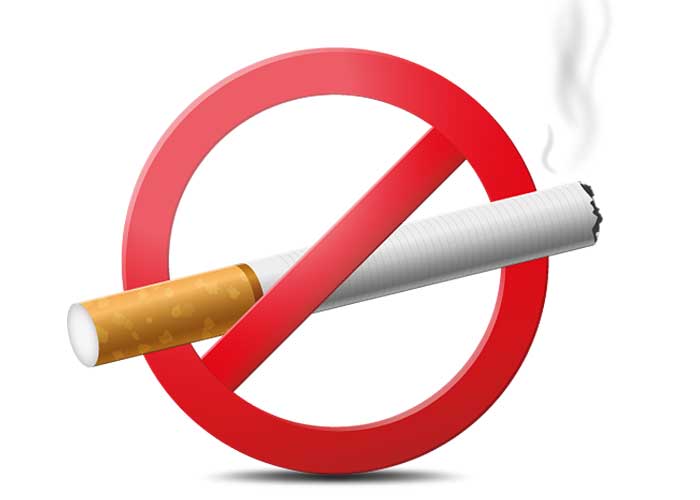 Illegal sale of imported cigarettes in Punjab has become common and pose a serious threat to health of smokers who are getting hooked to catchy packs of international brands that san health warnings, anti-tobacco activists said on Thursday.

They say selling illegal cigarettes, an organised crime, is not only evading state’s high taxes but also playing with the lives of smokers, mainly the first-timers, because of inferior manufacturing processes and low quality tobacco with high levels of tar and nicotine.

Trade insiders told that Punjab alone has an annual legal market of 120 million cigarettes and the illegal market accounts for 20 per cent of the total trade.

Chandigarh and Panchkula cities have a market of 30 million and six million cigarettes annually and the illegal market also has a share of 15-20 per cent.

Most of the illegal cigarette brands originate from China and Indonesia and the retailers are attracting to them as they are available at a significantly lower price than the legal cigarettes. They are sold in the market at one fifth the price of legal product.

“The trade of illegal brands is getting acute in big cities like Ludhiana, Jalandhar, Patiala and Amritsar where the retailers prefer to sell these brands that are cheap in the market and the profit margin is enormous,” said an insider.

He said there is a huge price difference between Indian brand of cigarettes and the illegal one due to evasion of tax.

Take the case of an imported brand. A pack of 20 cigarettes costs Rs 20-30 to a retailer, who is selling at a cost of Rs 100. While an Indian brand cost between Rs 250 and Rs 300 with a profit margin of approximately Rs 5.

“We have submitted a list of outlets selling illegal cigarettes across Punjab but local authorities are not taking action. In fact, the shops or kiosks outside the Deputy Commissioner’s offices in Ludhiana and Jalandhar are indulging in this clandestine trade,” a member of the Tobacco Institute of India (TII) here told.

The TII is a representative body of farmers, manufacturers and exporters in the country. These imported brands not adhere to Indian law and regulations.

It has submitted its representation to the Punjab Director General of Police many a time, seeking action against retailers selling illegal tobacco products.

At a media workshop here this month, experts warned of an impending crisis with implications for health and government revenues in wake of unfettered growth in manufacture and sales of illicit cigarettes in Punjab and Haryana.

R.K. Tiwari of the Centre for Public Awareness said due to low surveillance and lack of regulations, manufacturers are using Punjab and Haryana as dumping ground of illicit cigarettes.

Punjab Government spokesperson said the state has initiated a state-wide crusade to curb use of tobacco and habit-making products to save the youth under ‘Mission Tandarust Punjab’.

He said the Cigarettes and Other Tobacco Products Act (COTPA) of 2003 has been strictly implemented. It is being monitored at state level by Additional Chief Secretary Health and Family Welfare and at district by the Deputy Commissioners.

A bill was passed by the legislative assembly in March last year to permanently ban hookah and hookah bars in the state.  (Agency)