Home National If Kashmir survives the storm, we would be borne into a new... 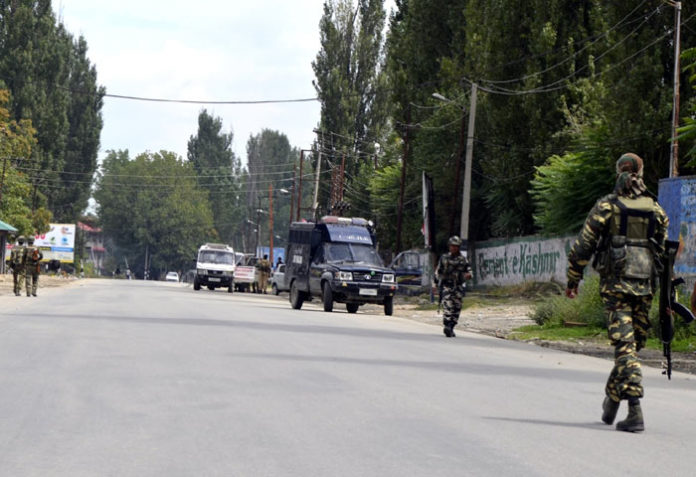 With the surfacing up of another COVID-19 positive case late on Friday who had come into contact with the ‘Tabligi’ (Preacher), now deceased, fears are rising whether the dead preacher has left behind trail of devastation that is slowly, but steadily haunting the people down in J&K.

The Tabligi Kashmiri had travelled far and near in both the Jammu division and the Valley in recent days.

He visited Samba district and Jammu district in Jammu division and visited areas in Srinagar, Baramulla and probably some other places in the Valley before he was admitted with full blown symptoms to Srinagar’s chest diseases hospital.

So far, 50 people who came into contact with him have been quarantined.

Fortunately so far, reports say two doctors who came into contact with him have tested negative.

It is hoped that the people who came into contact with the Tabligi, who unknowingly had become a transmission vehicle for the dreaded virus, are safe.

The arrival of Kashmiri students from Iran, Bangladesh and China is another worrisome area for the authorities.

While most of these students have been put into isolation, the fact remains that some ignorant parents have on the sly managed to take their wards home where they are now reportedly hiding.

Authorities have appealed neighbours and well wishers of such families to come forward with information in order to protect the areas where such students might be hiding.

With 1500 people already under isolation/quarantine so far, authorities are trying to earmark more hospitals and beds to coup up with the future demand, if it arises.

Mosques where the ‘Tabligi’ preacher had held congregations in Pulwama district have been sealed and declared as administrative quarantine centres by the local DM.

Borders with neighbouring Punjab, Himachal Pradesh and Ladakh have been sealed.

“Coming two weeks are going to be crucial. All undiscovered cases of infection, if any, are going to become full blown during these two weeks. If we successfully observe the 21-day long national lockdown then there is hope that the storm would pass,” said a senior doctor who wished not to be named.

Kashmir being an international destiny that has hosted people from all countries and cultures is at such crossroads of its history today where it has to shut its doors on the outside World.

It is safe to assume that once the storm is over, which hopefully the country will survive, people in J&K like those in the rest of the country will be borne into a new World with challenges the human race has not witnessed for centuries.  (Agency)