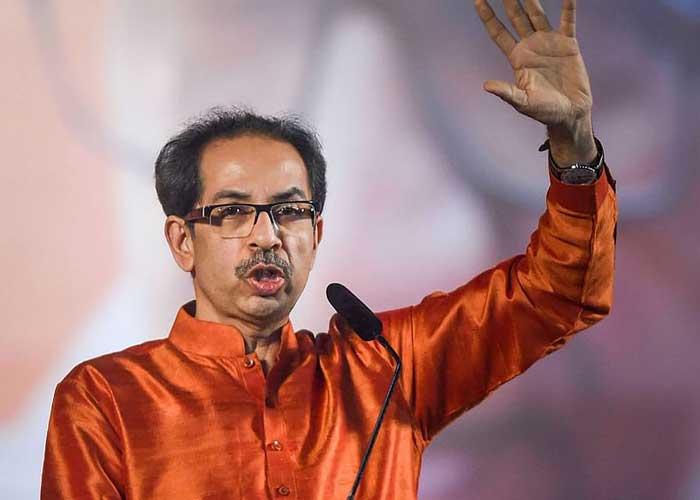 Mumbai, Oct 25, 2020-
In a significant statement, Shiv Sena President and Maharashtra Chief Minister Uddhav Thackeray on Sunday said that if the system of GST has failed, then the Centre should honestly admit it and revert to the old system of taxation in the country.

Addressing the party’s annual Dassehra Rally online with only 50 people present in an auditorium near Shivaji Park, Thackeray said that Maharashtra has not been refunded its Goods & Service Tax (GST) dues of Rs.38,000 crore which has created huge financial crises for the state in the Corona pandemic times.

“From all this, it appears that the GST system is proving a hoaxa It is time to review the present form of GST as the states are not beneittinga If it is not working, the Prime Minister should honestly admit it and bring back the old system of taxation,” Thackeray said.

Referring to similar problems faced by other states, Thackeray said the country is not of one party and urged Chief Ministers of states to join together, meet the PM to discuss and sort out the issues.

At the same time he lashed out at the Bharatiya Janata Party for promising to distribute free Corona vaccines to the people of Bihar if its Aalliance is voted back to power in its poll manifesto.

“On one hand you don’t give us our legitimate GST dues and on the other, you promise free vaccines to people Bihara Where will the money come from? So what about other people of Indiaa Why this blatant discrimination? Is the rest of the country a Pakistan,” Thackeray said.

In another veiled punch on Governor Bhagat Singh Koshyari without taking any names, Thackeray questioned the credentials of those who sought to enquire about his ‘Hindutva’, referring to the recent letter-war.

“Our ‘Hindutva’ is far older and different from your ‘Hindutva’. The late Balasaheb Thackeray spoke about it when others were even scared to utter the word. I have pounced once, if needed will pounc again,” Thackeray warned.

“Our ‘Hindutva’ is not limited to deities, temples or pujas or ringing bells or banging thaalis. Our ‘Hindutva’ itself is our Nationalism. You enacted a cow protection law in Maharashtra, why not in Goa,” he asked.

“Shiv Sena had demanded to make Mohan Bhagwat the President, but they have joined hands with Nitish Kumar’s party in Bihar which wanted no truck with anybody connected with RSS. Don’t play political games of ‘iski topi, uske sar’ in the name of ‘Hindutva’,” Thackeray said.

Training guns on the BJP and Leader of Opposition Devendra Fadnavis for their hurry in toppling the Shiv Sena-Nationalist Congress Party-Congress Maha Vikas Aghadi government, Thackeray took another jibe, saying despite many “Tarikh pe Tarikh, my government has survived and is stable”.

“From day one when I took over as CM, some people are dreaming of throwing me out. I repeat what I said then – This is an open challenge. If you have the guts, then try to dislodge my government,” Thackeray said.

The CM expressed concern over the “strange goings-on” in the country which is in the grip of the Corona pandemic, the economic crises and other serious issues, saying, “but the BJP is only interested in playing temple politics in lockdown and busy felling state governments during the pandemic”.

“Don’t destabilise the non-BJP governments. If these things continue, it will lead to an anarchic situation in the country,” Thackeray warned.

Without naming actress Kangana Ranaut, the CM said, “Those who don’t even proper food in their state come here, make money and then become ‘namak-haram’ (traitors) by comparing Mumbai with Pakistan Occupied Kashmir and defaming the state, its leaders and the police department.”

“Temples will be opened at the right time. I also have full faith in the Mumbai Police, they are among the best in the world. Anybody attempting to separate Mumbai from Maharashtra would be reduced to dust. Had you (BJP) had spared so much time for the people of the country as you do for your party activities, it would be better for all,” Thackeray declared.

The Covid-compliant mini-Dassehra Rally was held in the Swatantraveer Savarkar auditorium – an unprecedented development since the inaugural rally in 1966 – and the first by Thackeray as the CM, with the presence of top Sena leaders, ministers and elected representatives, while it was telecast and webcast live to the audiences across the state. (Agency)