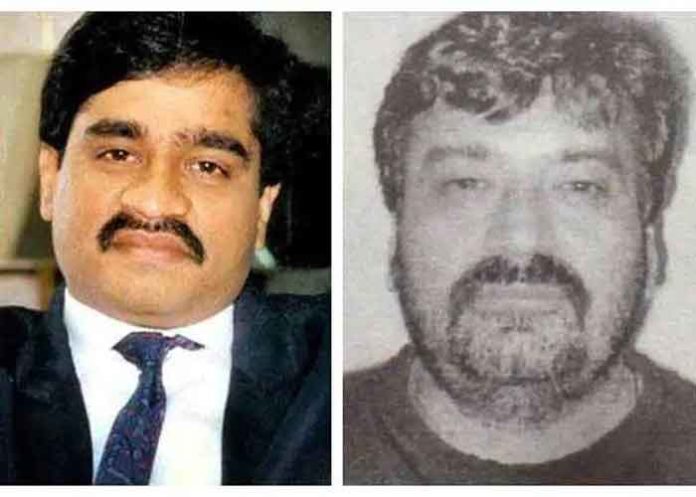 New Delhi, April 18, 2021-
In a desperate bid to cover up the nexus between the D-Company and ISI from being exposed to the world, Pakistan’s top sleuths allegedly ‘manipulated’ a key FBI witness, who turned hostile and paved way for Dawood Ibrahim’s financier Jabir Motiwala, to go scot free in a high profile extradition case heard in London. Last week, the US dropped charges and withdrew an extradition case against Jabir, giving a breather to Dawood, India’s most wanted fugitive, declared a global terrorist by several countries.

FBI informer and key witness in the case of Kamran Faridi, a Pakistani-American who trapped Dawood’s financier Motiwala in the drug racket, was reportedly ‘influenced’ by ISI officials to give a favourable statement in British extradition court which made Dawood’s right hand man to walk free from London jail, top sources in Indian agencies revealed to IANS, while explaining how Pakistani establishment managed to save D-company from being put to trial in a US court.

Earlier on the basis of very strong evidence, the London court had cleared extradition of Dawood’s financier to the US. All the charges relating to drugs and money laundering against Dawood aide were established in the court. However at a very later stage when the case was being finalised by the High Court, Kamran Faridi, the key witness surprised everyone while revealing that he was pressured by his bosses in FBI to trap D-company’s finance head Jabir Motiwala in a fake drug case. Prime witness Faridi’s complete U-turn on the story embarrassed the FBI, which ultimately dropped the charges against Dawood’s aide.

Indian Intelligence officials said that Kamran Faridi, a former agent and informer of FBI, whose financial condition was presently not good, was allegedly approached by ISI sleuths and manipulated. Close to the final hearing in the High Court, a leading Pakistani newspaper, part of ISI’s game plan, published Kamran Faridi’s statement wherein he revealed that Dawood’s aide was “trapped” by him in a false case. Faridi also told the Pakistani newspaper that he was forced by FBI bosses to involve D-company in the trap. But Indian agencies do not buy Faridi’s side of the story.

“D-company and ISI worked in tandem to influence Kamran Faridi. For them Faridi was the only hope as Jabir Motiwala had almost lost the case. The ISI sleuths finally managed Faridi to contradict his own revelations about Jabir. We have come to know that initially Kamran’s relatives in Karachi were approached. A few officials in Pakistani High Commission and a journalist of a prominent Pakistan TV channel based in London, too played a crucial part in highlighting Kamran Faridi’s manipulated statement,” an IPS officer of the Indian agency disclosed.

Boasting about it’s role, a major Pakistani news Channel, Geo TV claimed that “most critical intervention in the case came when the channel and its English newspaper published a story on March 19, 2021 revealing that a former Federal Bureau of Investigation (FBI) informant was stopped from entering the UK by the UK Immigration authorities, as Kamran Faridi wanted to record his testimony before the High Court of Justice. The former FBI agent had wanted to testify under oath before the Court that he was involved in the abuse of process to trap Jabir Motiwala. “How a former FBI agent, and a key witness who remained mum for so many years, turned hostile at such a late stage. Obviously ISI managed this agent, as Motiwala’s extradition would have opened a can of worms in the US court, exposing the underworld, terror nexus between Dawood Ibrahim and his handlers in Pakistan,” a senior officer of Indian agency alleged.

After years of persuasion, the US withdrew the extradition request against Jabir Motiwala, involved in drug trafficking and handling international financial deals of Dawood Ibrahim. Jabir, who flew from Cyprus to London in 2018, was arrested by Scotland Yard at the request of FBI. During the extradition trial in London, FBI lawyers had disclosed to the court that Jabir Motiwala was managing funds of Dawood Ibrahim in UAE, Britain and other overseas countries. Regarding drug dealing, FBI agents recorded Motiwala on camera, who was seen talking about finance and supply of drugs from Karachi to Atlantic City. Based on such solid evidence the court had earlier cleared extradition of Jabir Motiwala to the US. (Agency)