Home Guest Articles How and by whom are Cyclones named? – by Hasrat 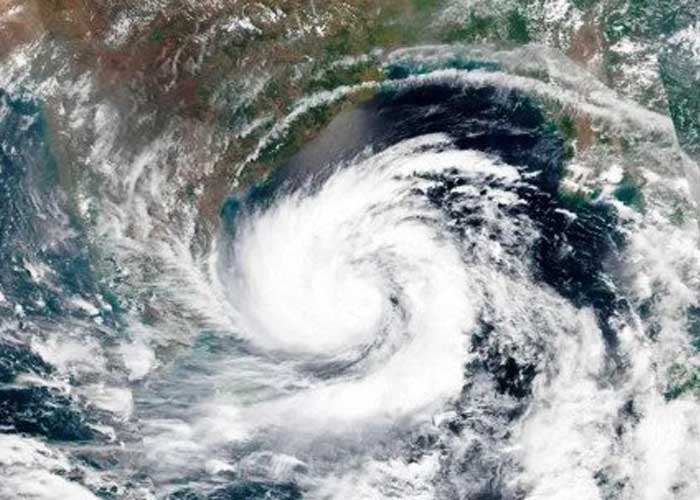 During recent days we have been watching and observing with bated breaths the movement of Amphan and Nisarga cyclones; while the first wreaked havoc on India’s eastern coast, the latter is still in its fury and is making landfalls in the states of Maharashtara and Gujarat. Prior to these, we have seen Vayu, Hikka and Maha etc cyclones in the year 2019 while in 2018 there were very severe cyclonic storms named Gaja and Titli.

Recently the India Meteorological Department (IMD) has released a list of 169 names of future cyclones that would originate in the Bay of Bengal and the Arabian Sea. Now the question arises as to how and by whom are these cyclones named.

Cyclones that form in every ocean basin across the world are named by the concerned Regional Specialised Meteorological Centres (RSMCs) and Tropical Cyclone Warning Centres (TCWCs). There are six RSMCs in the world, including the India Meteorological Department (IMD), and five TCWCs.

As an RSMC, the IMD names the cyclones developing over the north Indian Ocean, including the Bay of Bengal and Arabian Sea, after following a standard procedure. The IMD has also been mandated to issue advisories to 12 other countries in the region on the development of cyclones and storms.

In 2000, World Meteorological Organisation/United Nations Economic and Social Commission for Asia and the Pacific (WMO/ESCAP) which comprised Bangladesh, India, the Maldives, Myanmar, Oman, Pakistan, Sri Lanka and Thailand, decided to start naming cyclones in the region.

After each country sent in suggestions, the WMO/ESCAP Panel on Tropical Cyclones (PTC) finalised the list. The WMO/ESCAP was later expanded to include five more countries in 2018 — Iran, Qatar, Saudi Arabia, United Arab Emirates and Yemen.

The names of cyclones in the above mentioned list of 169 cyclone names released by IMD in the month of April, were provided by these countries– 13 suggestions from each of the 13 member countries.

The new list also included the last name from the previous list (Amphan) as it remained unused at the time of release; The new list of 169 names began after Cyclone Amphan hit the eastern coast of India recently. It is very important to name cyclones as giving names to cyclones makes it easier for people to remember, as opposed to numbers and technical terms.

Apart from the general public, it also helps the scientific community, the media, disaster management bodies etc to identify and discuss and analyse a particular cyclone. With a name, it is easy to identify an individual cyclone and to create awareness of its origin, development and movement; it also facilitates rapid dissemination of warnings so as to increase community preparedness and remove confusion where there are multiple cyclonic systems developing simultaneously over a region/ocean.

Further, it is stipulated that the maximum length of the proposed name shall be eight letters and it should be provided with its pronunciation and voice over; the names of tropical cyclones will not be repeated and once used, a name will not be used again and hence the name should be new.

Some of the names picked by India were suggested by the general public.