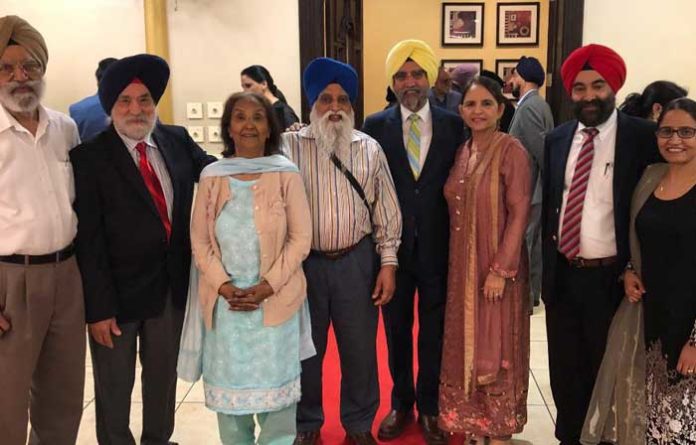 Over 125 Sikh community members joined to support Guru Nanak Documentary and raised funds of $100,000 to back the project. All the five major Gurdwaras of Houston area showed their collective solidarity with this initiative. Dr. Kawaljit Singh of Sikh Center of Gulf Coast, welcomed the audience to the event.

Dr. Rajwant Singh, Co-founder and Senior Adviser to NSC, said, “It was a wonderful show of Sikh unity of the community in this Southern city of the United States. Every Sikh feels that it is about time that we spread message about our Great Guru!

He added, “Most of the Americans have no clue or have never heard Guru Nanak’s name. National Sikh Campaign has been working with the Auteur Productions to produce a high level one hour documentary to be shown on PBS stations all across America.

Dr. Paul Likhari, President of the Sikh Gurdwara in Sugarland, said, “Sikhs all across the world are enthusiastic about this project. We felt that this is truly an investment for our community to support this worthwhile project.”

Dr. Hardam Singh Azad, Co-founder of the Sikh National Center of Houston, said, “This is most important task for all of us to use this opportunity of the 550th birth-anniversary to introduce Guru Nanak on the world stage.”

Dr. Kawaljit Singh of the Sikh Center of Gulf Coast said, “This was an amazing that people from all over the city came to support this project.”

Jasmeeta Singh choreographed the program and she said, “It is important for our younger generation to feel supported by the community and this documentary will give them a tool to share with their teachers and educators to spread awareness about the Sikh faith and Guru Nanak.”

Rani Paras sang a song on Guru Nanak and enthralled the audience. In addition, Tarlok Singh Chugh, king of laughter, from Calgary especially came to create laughter and joy during the evening.

He has become a sensation on the social media in the recent times. Sukhpreet Kaur provided the catering services to the entire group for free and Hardyal Singh Mangat of Guru Tegh Bahadur Gurdwara Sahib offered his banquet hall for the event.

NSC launched a major campaign to create awareness about the Great Guru and it is also engaging a reputable marketing company to start a social media campaign to reach to the younger audience besides the documentary on PBS. offered his banquet hall for the event.