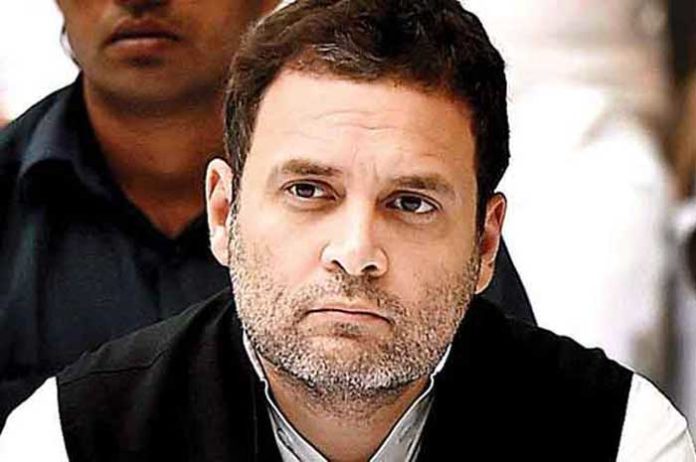 Former Congress chief Rahul Gandhi has said that Prime Minister Narendra Modi, in the interest of the country, should accept the advice of former Prime Minister Manomhan Singh who said disinformation on the Chinese transgression will be a betrayal to the sacrifice made by the Indian soldiers.

Rahul Gandhi on Monday also paid glowing tributes to all the 20 Indian soldiers who died in Ladakh’s Galwan valley on June 15, saying India will never forget their sacrifices.

“Tribute to our brothers. You gave up everything for us. We will never forget these sacrifices,” Rahul Gandhi said in a tweet attaching a video of all the Indian soldiers killed in Ladakh’s Galwan valley.

Rahul Gandhi in another tweet also criticised the government over the handling of the situation in Ladakh and said he hoped that the government would accept the advice of Manmohan Singh for in the interest of the country.

“Important advice by former Prime Minister Dr Manmohan Singh. For the betterment of India, I hope the Prime Minister will accept it politely,” he said in another tweet.

The remark by the former Congress chief came after Singh launched a scathing attack on Prime Minister Narendra Modi saying “disinformation” on the Chinese transgression will be a “betrayal” to the sacrifice made by the Indian soldiers at the Line of Actual Control (LAC) and it was neither a “substitute for diplomacy” nor “decisive leadership”.

Singh was criticising Modi’s statement at the all-party meeting on Friday and later clarification by the Prime Minister’s Office on the June 15 night’s violent face-off between the Indian and Chinese sides at Galwan Valley that led to the death of 20 Indian soldiers, including a commanding officer.

“The Prime Minister cannot allow them to use his words as a vindication of their position and must ensure that all organs of the Government work together to tackle this crisis and prevent it from escalating further,” said the former Prime Minister.

Singh in a statement said: “We remind the Government that disinformation is no substitute for diplomacy or decisive leadership. The truth cannot be suppressed by having pliant allies spout comforting but false statements.”

Manmohan Singh said the Prime Minister must always be mindful of the implications of his words and declarations on our Nation’s security as also strategic and territorial interests. The former Prime Minister said China is “brazenly and illegally” seeking to claim parts of Indian territory such as the Galwan Valley and the Pangong Tso by committing multiple incursions between April 2020 till date.

“The Nation, lost twenty brave soldiers in the Galwan Valley, Ladakh on June 15-16, 2020. They laid down their lives in the ultimate act of sacrifice, valour and duty to our country. Our bravehearts defended the motherland till their last breath and for that we owe them, and their families, our eternal gratitude,” he said in the statement.  (Agency)