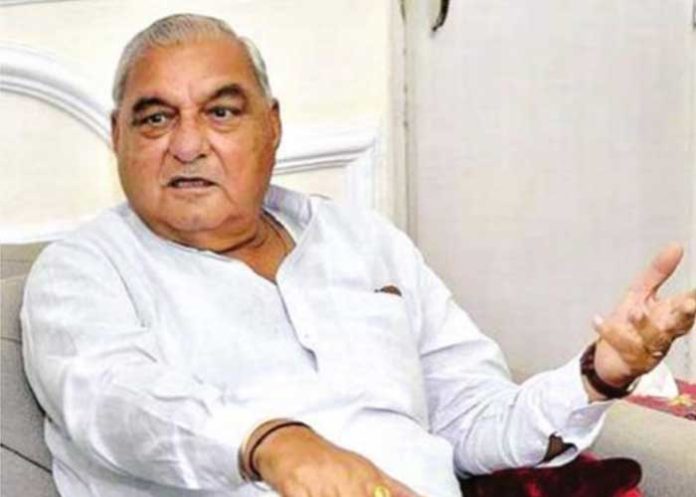 A fortnight after former Haryana Chief Minister and senior Congress leader Bhupinder Singh Hooda put the party on notice during his mega rally in Rohtak, several of his loyalists are meeting here on Tuesday to decide on the future course of action.

Hooda and his loyalists, which include 13 sitting Congress MLAs of Haryana, some ex-MPs and MLAs and senior leaders of the Congress, who form part of the 30-member committee announced by Hooda in his August 18 mega rally in Rohtak, arrived at his residence located in the national capital to take a decision on future actions, which will be announced in Chandigarh later on.

Hooda, during his rally in Rohtak, had given a warning to the Congress and had also supported the Narendra Modi government’s move to abrogate Article 370.

“Since the issue (whether to continue with the Congress) pertains to the future of the people, I can’t take the decision alone,” Hooda had said then.

It was a clear signal to the central Congress leadership to hand over the party’s reins in the state to Hooda, or else he would go on his own ahead of the Assembly polls slated for later this year.

The development comes three days after Hooda met Congress interim President Sonia Gandhi along with the party’s Haryana in-charge Ghulam Nabi Azad to discuss the issue of the state unit chief ahead of the Assembly elections.

According to the party leaders, Hooda and his loyalists are demanding the removal of Ashok Tanwar as the state unit head. However, the leadership is yet to decide on the matter.

The development assumes significance as the Assembly polls in the state are scheduled later this year and the party is still unable to control the infighting among its top brass.

In the 2014 Assembly polls, the Bharatiya Janata Party had improved its 2009 tally from four to 47, followed by the Indian National Lok Dal (INLD) with 19 legislators and the Congress, which came third with 15 seats.

Two seats went to the Haryana Janhit Congress (HJC), and one each to the Shiromani Akali Dal (SAD) and the Bahujan Samaj Party (BSP). Five Independents were also elected.  (Agency)