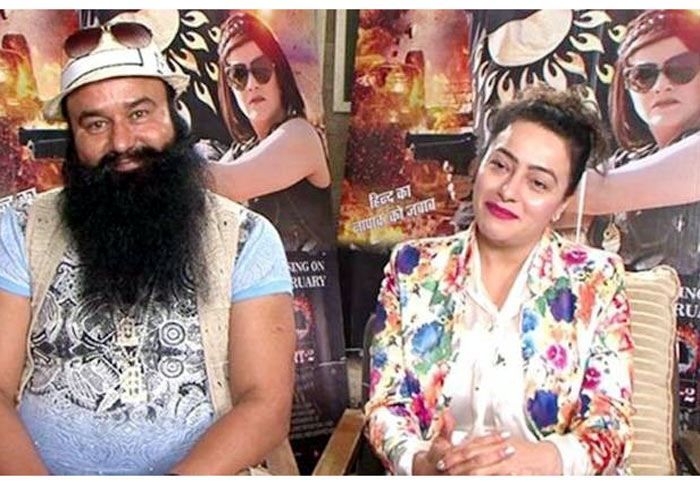 Honeypreet, the adopted daughter of incarcerated Dera Sacha Sauda chief Gurmeet Ram Rahim, is desperately seeking to meet her ‘father’, as she made at least three-four attempts in just two days, sources told.

Honeypreet’s lawyer and Supreme Court advocate A P Singh confirmed this on Tuesday, saying, “Honeypreet is out of jail. Now she should not be barred from meeting anyone who is inside the jail. Denying meeting with Ram Rahim by the jail authorities is violation of her fundamental rights. She will knock at every possible door – from the Haryana Director General of Prisons to the court of law.”

Honeypreet was named in the FIR for allegedly conspiring to incite violence in Panchkula that broke out following the conviction of the Dera chief in August 2017. She last met Ram Rahim on the day when both of them were flown in a helicopter from the court to the jail.

Honeypreet, whose original name is Priyanka Taneja, was released from Ambala jail on November 6 after she got bail from Panchkula court. She reached Sirsa based Dera Sacha Sauda and since then she has made several attempts to meet her ‘father’.

A source close to Honeypreet said, “She tried to meet Ram Rahim on Friday and Monday in Rohtak jail. But jail authorities did not allow her to meet Dera chief.”

Her lawyer Singh said, “yes, she has written a letter to the director general. She has sought to know why she is not being allowed to meet Ram Rahim without giving any valid reason. If there is no reason, she may move the court.”

“This is a violation of her right. This is also not according to the principles of law,” added Singh.  (Agency)