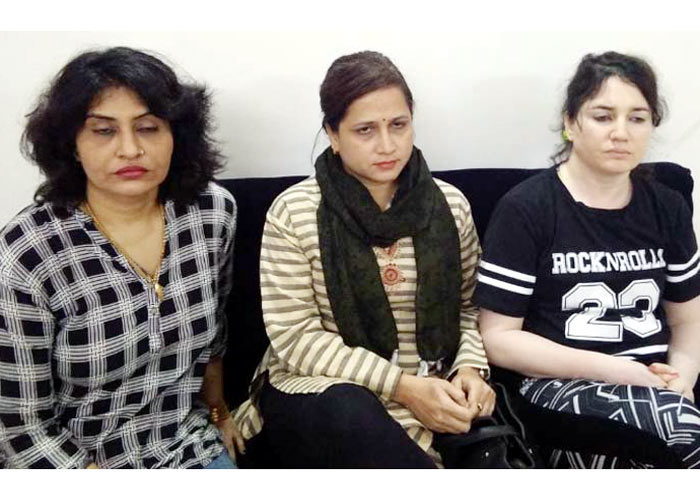 The Madhya Pradesh government made top level changes in the police department here on Tuesday and reconstituted — third time in 10 days — the special investigation team (SIT) probing the honey-trap scandal.

Rajendra Kumar, the 1985 batch IPS officer, has been made special DG (cyber crime) and new chief of the three-member SIT. Additional DGP Milind Kanaskar and Mrs Ruchivardhan Mishra, senior superintendent of police Indore, will be the other members of the SIT.

Sanjeev Shami, who had earlier replaced Srinivas Verma as SIT chief, has been moved to the police headquarters as additional DGP (selection and recruitment) with additional charge of anti-Naxal operations.

Purshottam Sharma, who was in news for controversial statements against DGP V.K. Singh, has been made the director (public prosecution).

While 15 IPS officers were transferred, four IGPs were promoted to the rank of Additional DGPs. A post of officer on special duty (OSD) has been created to retain Additional DGP Shailesh Kumar Singh.

Shailendra Kumar Srivastava, a long-time Transport Commissioner, has been made Chairman of the Police Housing Corporation. V Madhu Kamar will be the new transport commissioner.

Bhopal IGP Yogesh Deshmukh has been shifted to PHQ administration. Additional DGP Adarsh Katiyar replaces him. Deshmukh apparently pays for the boat mishap that claimed 12 lives during the Ganesh festival in Bhopal.

At the hour-long meeting, when the officers tried to suggest that the alleged foreign links of one of the women led the police to seek ATS help, a furious Kamsal Nath warned them of stern action if they tried to deflect the probe.

The senior officials have been accused of trying to derail the enquiry as several police officers, bureaucrats and politicians are alleged to have been involved in the scandal.

Strangely, the ATS was monitoring the movement of the honey-trap case accused for three months. Sharma had a house rented in Ghaziabad for conducting interrogations of the accused. DGP V.K. Singh recently got the house vacated. Sharma protested over the issue and demanded that the DGP be prevented from overseeing the case.

The public spat among senior officers had made the state a laughing stock, he said.

The Chief Minister said the state had already earned a bad name due to the Vyapam scam.

Meanwhile, the police produced Shweta Vijay Jain and Shweta Swapnil Jain and Barkha Soni in an Indore court on Tuesday. The court remanded them to the police custody till October 14.

Aarti Dayal, the other accused, said Shweta Vijay was the mastermind in blackmailing Harbhajan Singh, the municipal engineer from Indore who lodged a complaint against the honey trap racket. Aarti told the police Shweta Vijay had asked her to demand Rs 3 crores from Singh.  (Agency)