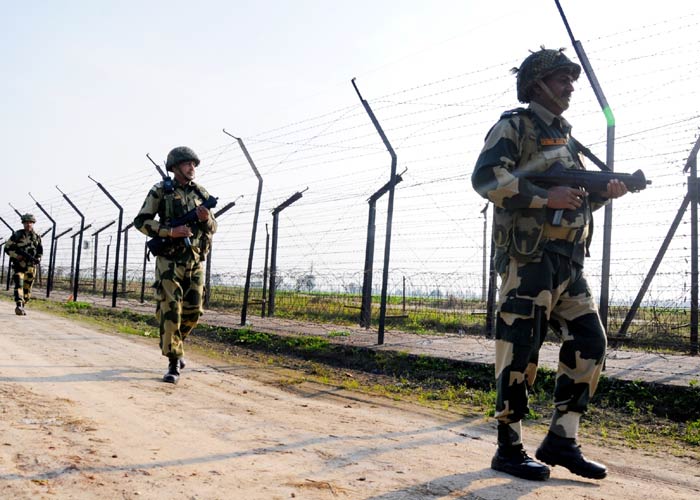 In the wake of weapons drop by drones in Punjab last month, the Union Home Ministry has asked the Border Security Force (BSF) to adopt anti-drone mechanism aimed at preventing such activities on western border which is guarded by the paramilitary force.

The BSF, which is termed the first line of defence of India, has been asked to launch necessary counter-measures against drones which were used to drop a large number of AK-47 assault rifles and grenades from Pakistan in Punjab’s Amritsar district in the last week of September, Home Ministry sources said.

The direction came after Union Home Minister Amit Shah on October 4 chaired a high-level meeting with the Director Generals of all paramilitary forces to review the current status of border security and measures to be taken to strengthen it further.

Informed sources told that the matter was raised in the meeting in which questions were raised why the Indian Air Force and the BSF were unable to detect these drones.

The BSF is considering the matter and specifically working on “detection, identification and interdiction” of the drones which were used from across the border to drop weapons reportedly meant for terrorist activities in Punjab and also in Jammu and Kashmir, said another official.

The official, who is privy to the development, said: “The BSF, in its initial move, first of all trying to figure out the real threat from drones.”

“It is necessary to understand the threat perception. The BSF is trying to identify whether these drones are being used by anti-national elements for smuggling of arms to carry out terror activities in India or it is just a cross-border crime.”

In the lack of an “anti-drone technology”, the official said that the issue has been a challenging task for the newly-appointed BSF Director General V.K. Johri, who has been instrumental in many covert operations during his stint in Research and Analysis Wing (RAW) – the country’s foreign intelligence agency.

The BSF has deputed a team to get information about a drone which has been found by Punjab Police, said the source, adding what we could knew about the drone was that it is a made-in-China “hexacopter”.

In its explanation, the BSF had informed the Home Ministry that neither it has the capacity to monitor any kind of aerial movement nor any such infrastructure.

“As most of such acts are done during night hours, it is difficult to observe drones through naked eyes. Even radars cannot detect these drones. With the current information, it is learnt that these drones are GPS-enabled and move through RF (radio frequency) signals,” said an official.

Amid the hue and cry over the issue, intelligence agencies recently informed the Home Ministry that “state actors” of Pakistan were behind the drone weapons drop incidents in Punjab and the one recovered drone was made of China.

As per intelligence report, officials have been able to detect as many as eight sorties made by the drones to drop weapons in September. The possibility of undetected sorties has also not been ruled out. On each sortie, the drones have dropped packages weighing upto 10 kg, which could have been arms, explosives, or means of communication, like cell phones or satellite phones, the report said.

As per Punjab Police sources, a large number of AK-47 assault rifles and grenades were dropped in Amritsar by drones in September that came from Pakistan.

The Home Ministry, the official said, has already asked the National Investigation Agency (NIA) to investigate the matter and find out the role of Pakistan’s “state actors”.

The National Technical Research Organisation (NTRO) is also learnt to be given the task to find out the frequency on which these drones have been operating along the border to get information about the contact between the drones and their base stations.

It is reported that some drones were seen by villagers in Hazarasingh Wala and Tendiwala villages in Ferozpur district.  (Agency)

Facebook to pay users for recording to improve speech recognition