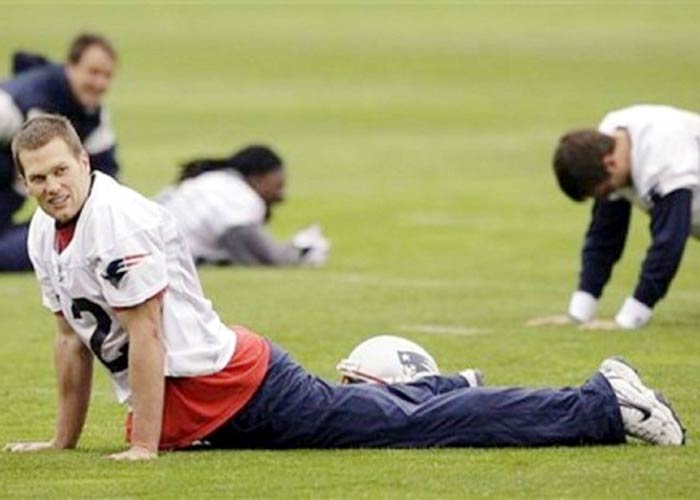 Hindus have come to the defense of New England Patriots star quarterback Tom Brady as many made fun of him doing some yoga on the sideline against New York Giants on Thursday night.

Distinguished Hindu statesman Rajan Zed, in a statement in Nevada today, said that instead of laughing at Brady for his yoga moves, National Football League teams should seriously consider incorporating highly beneficial yoga into their mandatory trainings.

Yoga, referred as “a living fossil”, was a mental and physical discipline, for everybody to share and benefit from, whose traces went back to around 2,000 BCE to Indus Valley civilization; Zed, who is President of Universal Society of Hinduism, noted.

Rajan Zed stated that yoga, although introduced and nourished by Hinduism, was a world heritage and liberation powerhouse to be utilized by all. According to Patanjali who codified it in Yoga Sutra, yoga was a methodical effort to attain perfection, through the control of the different elements of human nature, physical and psychical.

According to a report of US Centers for Disease Control and Prevention: “Yoga is the most popular complementary health approach in the United States – used by 14.3% of the adult population, or 35.2 million people”. According to US National Institutes of Health; yoga may help one to feel more relaxed, be more flexible, improve posture, breathe deeply, and get rid of stress. Yoga was the repository of something basic in the human soul and psyche, Zed added.