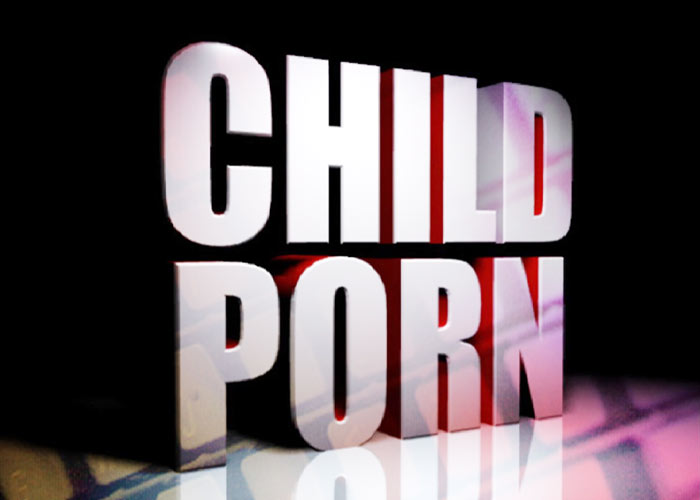 Indian Child Protection Fund (ICPF) said Chandigarh is amongst the cities where there is a “high demand” for child pornographic material (also referred to as ‘Child Sexual Abuse Material’), thereby posing grave risks to its children during the Covid induced lockdown.

ICPF has warned that this indicates millions of paedophiles, child rapists and child pornography addicts have migrated online, making the internet extremely unsafe for children. Without stringent action, this could result in a drastic rise in sexual crimes against children.

“This is a blatant violation of the directions of the Honourable Supreme Court, and a violation of national policy. Pornographic websites are playing hide-and-seek with Indian law and judiciary by simply changing their website URLs. The Government of India must urgently crackdown on child pornography and also initiate a global dialogue for an international convention against child sexual abuse material,” asserted Nivedita Ahuja, spokesperson for ICPF.

The Rajya Sabha Committee on the issue, instituted by Vice President M Venkaiah Naidu, has recommended stringent laws for internet service providers like Jio and Airtel, and platforms like Facebook, Twitter and Instagram, to hold them accountable for child abuse enabled by these companies. ICPF reiterates the urgent need to implement these recommendations.

The overall demand for child pornography was an average of 5 million per month in 100 cities on the public web during December 2019, which has now spiked. The report reveals up to 200 per cent increase in demand for violent content which shows children “choking”, “bleeding” and “tortured”. This suggests that “Indian men are not ‘satisfied’ with generic child pornography and demand violent and exploitative content.”

Metro cities like New Delhi, Kolkata, Chennai and Mumbai, besides many Tier II and capital cities, which are seeing a sharp increase in Coronavirus cases, have been red-flagged by the December study as hotspots for child pornography. The organisation has implored authorities to further step up online vigil in these cities for potential exploiters.

The report cites Europol, United Nations, ECPAT reports which say that children are now more prone to online grooming and sexual coercion, and also refers to recent news of the Childline India Helpline reporting more than 92,000 SOS calls asking for protection from abuse and violence in 11 days of the lockdown. ICPF affirms, “This presents a chilling reality of the extreme threat faced by India’s children during this period of lockdown. Demand for child sexual abuse material indicates children are more vulnerable to sexual predators.” 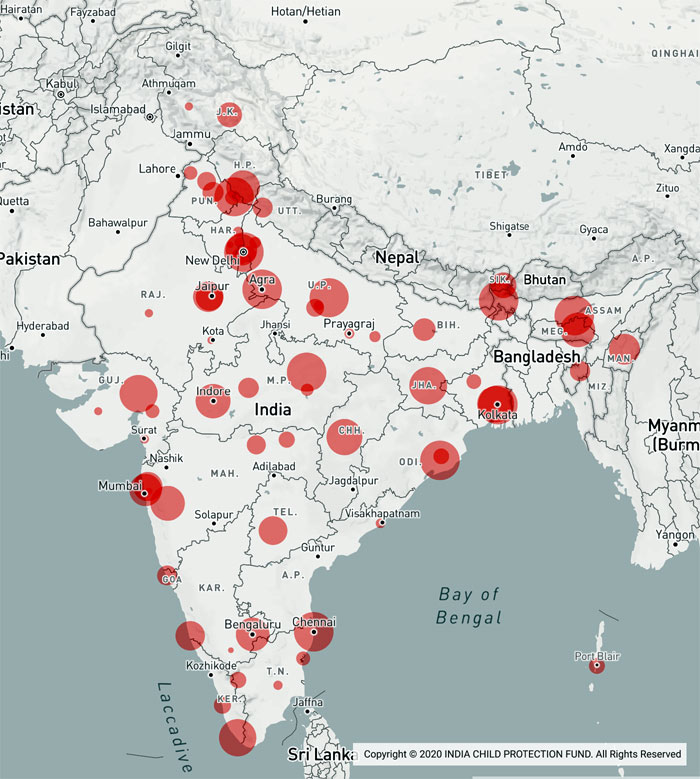 · Demand for generic child pornography content is highest in Bhubaneswar and Chennai.

· Demand for specific content, where the person was interested in specific actions, age groups, locations etc. was the highest in Kolkata, Siliguri, Howrah, Chandigarh, Guwahati, Indore, Bhubaneswar and Chennai.

· Trends indicates high demand in the North in New Delhi, Ludhiana, Raipura, Lucknow, Chandigarh, Agra and Shimla; in Central India in Raipur, Ranchi, and Indore; in the West in Mumbai, Thane, Pune and Ahmedabad; in the East in Imphal, Guwahati, Kolkata, Howrah and Shillong; in Southern India in Bangalore, Kochi and Thiruvananthapuram.

The India Child Protection Fund (ICPF) is one of the largest child protection organisations in South Asia, working to end child trafficking and child rape. It seeks to achieve its mission by supporting organisations with strategic funding and resources across South Asia.

The exploitation of children, particularly child trafficking, is a highly organized and complex crime which operates across state and national borders. In order to combat this crime, civil society’s response needs to be more strategic, organized and sustainable, and backed by empirical evidence. ICPF is mobilizing regional philanthropies and international donors to funnel their resources into a strategic and holistic strategy aimed at solving the problem.