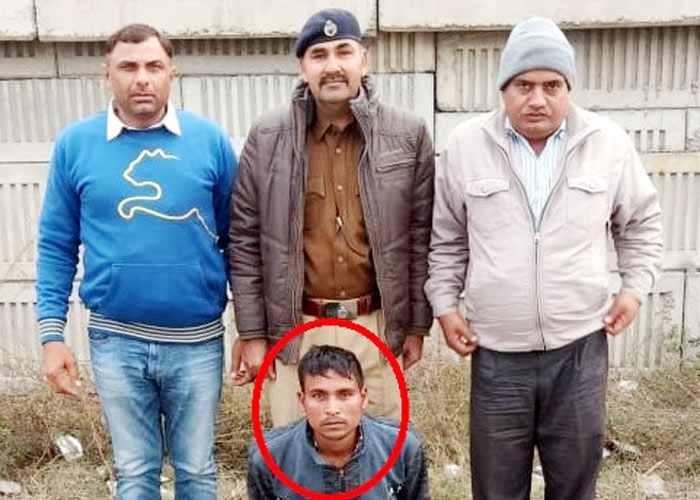 The Crime Investigation Agency of Haryana Police has arrested a drug-peddler on the charges of possessing 100 gram of heroin from Rohtak district. The estimated value of seized contraband is around Rs40 lakh.

Giving this information here today, a spokesperson of Haryana Police said that arrested accused was identified as Baljit, a resident of village Rohnat in Bhiwani district.

Divulging the details, he said that a CIA team during checking near Khrawad by-pass on Rohtak-Delhi road intercepted one person who was roaming in suspicious circumstances. During checking, 100 grams of heroin was recovered from him.

Initial investigation revealed that accused had brought the contraband from a foreigner in Uttam Nagar Delhi for supply among drug addicts in Rohtak on high prices. A case under the provisions of NDPS Act was registered and further investigation is underway.

Meanwhile, Director General of Police (DGP), Mr Manoj Yadava appreciated the police teams for constant crackdown on drug peddlers in the state. He also urged the people to come forward and share information about the sale, purchase and consumption of narcotics with the police to completely combat the menace from the society.