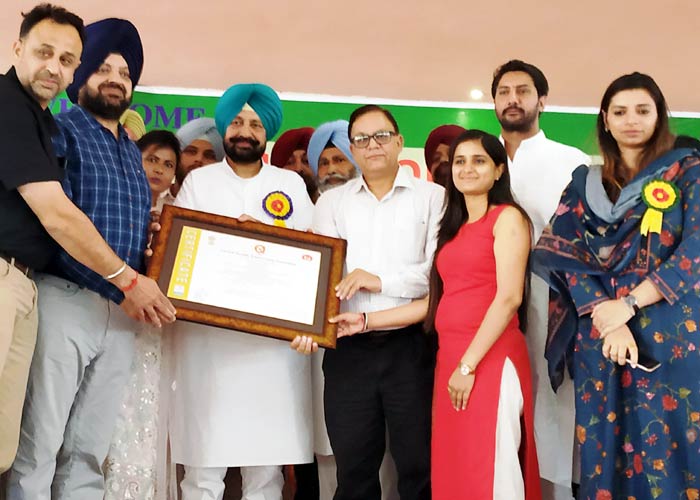 While speaking at the event Health Minister Mr Balbir Singh Sidhu said that the awards are meant to inculcate best practices in medical field as habit. The winning medical facilities have been adjudged in the parameters of hospital upkeep, sanitation and hygiene, waste management infection control, support services, hygiene promotion and works done beyond the boundary walls of hospital.

He said that Punjab government has reiterated its promise of health for all with the Sarbat Sehat Bima Yojana launch that covers 46 lacs families of the state amounting to around 80 percent population of Punjab. Under the scheme, 1396 kinds of illnesses are covered for cashless and free treatment upto Rs 5 lacs per annum per family at the government hospitals and empanelled private hospitals.

Answering a media query he said that government has relaxed eligibility conditions for PCMS doctors’ admission to post graduation courses. He said that earlier PCMS doctors who had completed 4 years of service in difficult rural areas and 6 years service in other rural areas were given 30 percent incentive marks and allowed to pursue PG courses. Now the requirement of rural service has been reduced from 4/6 years to 2/3 years. This has been done to enable PCMS doctors to pursue and complete their degree as early as possible and serve health department for longer period of time.