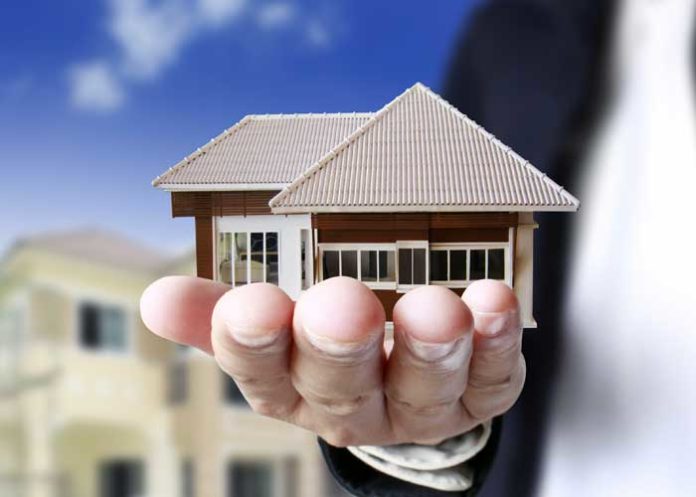 For the first time in the interest of the buyers of real estate the nefarious activities of the brokers are under investigation and are likely to lead to strict action against them.

A bench headed by Dr. K.K. Khandelwal, Chairman and Mr. S.C. Kush, Member, Haryana Real Estate Regulatory Authority (HRERA), Gurugram has taken cognizance of the matter that property dealers are charging arbitrary commission both from the sellers as well as the buyers of a property.

The Rule 10 of the said rules provides for one per centum commission on agreed consideration value to be paid by the seller and purchaser of the property i.e. ½ % by each of them on finalization of the deal as per their agreement entered in the register of the dealer under the valid receipt.

Elaborating on it further Dr. Khandelwal said that the property dealers/brokers are indulging in the malpractices in connivance with the promoters and charging arbitrarily more than the prescribed commission both from the sellers and buyers. It has been reported that commission as high as 5% to 10% of the value of the property is being charged by the agent and the burden of this additional commission is ultimately shared by the allottee.

The licenses to the brokers/property dealers are granted by the Deputy Commissioner concerned under the Haryana Regulation of Property Dealers and Consultants Act, 2008. The registration of the property dealer to negotiate and mediate real estate deal of a registered project is done by the Real Estate Regulatory Authority under Section 9 of the Real Estate (Regulation and Development) Act, 2016 and the registration is then granted subject to the condition that the real estate agent shall not contravene the provisions of any other law for the time being as applicable to him.

Accordingly, all real estate agents are hereby cautioned not to charge commission more than what is prescribed in the rules. Doing so will be deemed as an outright violation of the provisions of the law, he added.

The Haryana Real Estate Regulatory Authority, Gurugram is in the due process of prescribing code of conduct for the property dealers and make sure that they abide by such norms so that the brokers do not involve in any unfair trade practices, said Dr. K.K. Khandelwal, Chairman.

Furthermore, instances have come to the notice of the Authority that some of the property dealers are falsely representing the services of a particular standard or grade and making false or misleading representation concerning the services and approvals of the project.

The real estate agent/brokers are also involved in issuing of advertisements of upcoming projects which are misleading to the general public.

The code of ethics will prescribe not only the additional books of accounts to be maintained by the property dealers so as to check whether the commission is being charged as per law and also keeping record of transaction which may be perused by the authority in case of inter se dispute between buyers and brokers.

It has also been noticed that some of the brokers/property dealers are indulging into sale of unauthorized colonies as well. A vigil is being kept on such brokers so that their registrations are cancelled and criminal/civil action, as per law, is initiated against them.

It is mandatory for the brokers to keep copy of relevant approvals/plans, specifications, brochures etc. with them in concern of those projects where deals are being facilitated by them.

The brokers/property dealers who do not have the necessary documents shall also be penalized including cancellation of their registration with the Authority alongwith recommendation to the Deputy Commissioner for withdrawal of the license.

In the code of ethics it is proposed to make it mandatory for displaying the details of the real estate project and units at a place where sale is being facilitated by them, said Mr. S.C. Kush.

Chairman, Dr. K.K. Khandelwal also held that the promoters shall also be asked to provide details of brokers in the prospectus and advertisement so that unauthorized brokers, acting on behalf of main brokers, do not indulge in mal practice and burden the buyers both with commission by the brokers and margins by the sub brokers.

There is also misconduct and wrongdoings in the market where brokers get the units in bulk allocated to themselves from the builders at a pre-decided rate then sell them at extra rates and at whatever extra rates the units are sold, it is kept as a profit by the agent.

This kind of sale by the agent is illegal as the real estate project is developed and marketed by the promoter only and in case the real estate agent is also indulging into marketing then he shall also have to register himself as a promoter.

The real estate agents indulging into dirty practice of making money by befooling, misleading and cheating buyers in the market, is highly unethical, immoral and unscrupulous on their part which shall be rigorously viewed and accordingly punished by the Authority.

It has also come to the knowledge of the Authority that oral deals are being finalized by the brokers. Lucrative offers are being made which are under the garb of attractive discount and misleading features of the project.

Forensic audit order shall be an anvil, averse to the two dozen brokers against whom complaints have been registered, said Dr. K.K. Khandelwal. The promoters encouraging such brokers are also to be penalized, he added.