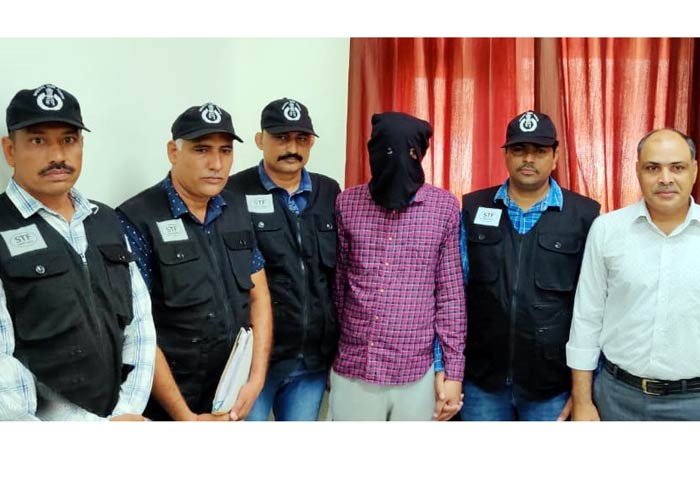 In a major break-through, Special Task Force (STF) of Haryana Police has nabbed Sachin alias Bhanja, a notorious criminal and sharp-shooter of Raju Basaudi gang, from Bahadurgarh in district Jhajjar. The accused carried a reward of Rs 2 lakh on his head.

While stating this here today, a spokesman of Police Department said that Sachin, a resident of village Dulhera in Jhajjar was arrested by a team of STF Rohtak following a tip-off. He was nabbed from under Kundali-Manesar-Palwal Bridge between Bahadurgar and Jhajjar road on September 5 at 9 pm.

Sachin alongwith his aides had killed Rampal, a resident of village Gaddi Kheri, Rohtak and a case under the provisions of IPC in this connection was registered against him on March 14, 2019 at Police Station Sadar Rohtak. The accused has many criminal involvements in Rohtak, Sonipat, Amabla, Chandigarh, Delhi, Kaihtal and Jhajjar. Further investigation is underway.

Meanwhile, Director General of Police, Mr Manoj Yadava appreciated the STF team for intensifying efforts to crackdown on dreaded and most wanted criminals.