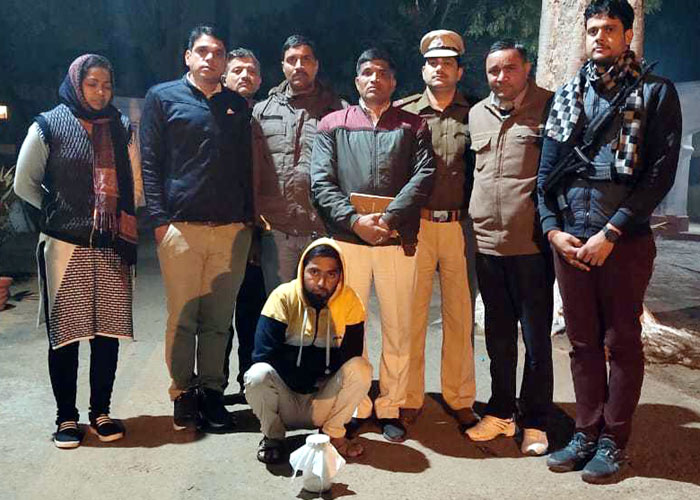 A spokesperson of Haryana Police said that arrested accused was identified as Badar Ram, a resident of Pali in Rajasthan. The arrest was made by a team of Crime Investigation Agency during routine patrolling after it noticed a suspect person at railway chowk in Rewari.

A case under relevant sections of NDPS Act was registered agasint the accused, who will be taken in remand by producing in the Court. Further investigation is underway.