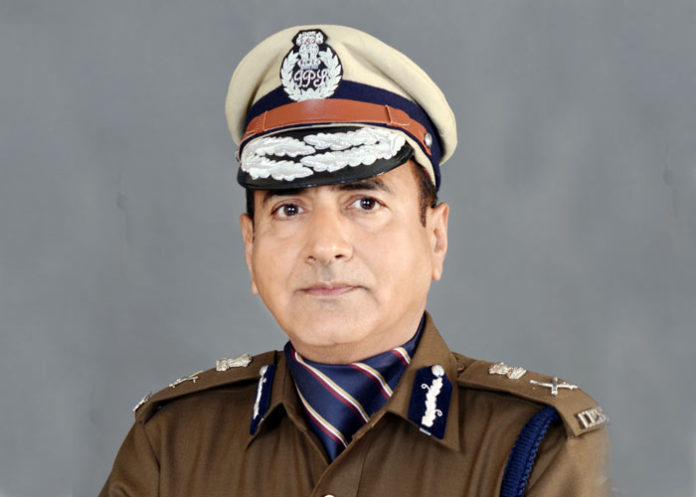 Coming down heavily on notorious criminals ahead of Vidhan Sabha elections, Haryana Police, under a month-long special drive, has nabbed a total of 23 most-wanted criminals besides busted 36 active gangs engaged in robbery, theft, burglary, murder/extortion, ATM loot, dacoity and other criminal activities in the state. Police has also arrested 113 members of active gangs during this period.

While disclosing this here today, the Director General of Police, Mr Manoj Yadava said that a special campaign was launched across the state between July 20 and August 20, 2019 to put most-wanted and other criminals of active gangs in jails. The apprehended most-wanted criminals were not only accused in a series of heinous crimes but also carried a reward ranging between Rs5,000 and Rs50,000 on their arrest.

He said that four most wanted criminals had been arrested from Sirsa, two each from Bhiwani, Rohtak and Dadri, one each from Panipat, Karnal, Narnaul, Rewari, Hisar, Faridabad, Palwal, Ambala, Sonipat and Kurukshetra and remaining nabbed by teams of Special Task Force.

The DGP informed that 113 members of 36 active gangs involved in murder, attempt to murder and other criminal offences were also arrested during the crackdown. Such kind of operations would be continued until Police put a complete tap on incidences of gang related crimes, he added.

Divulging the details about arrested most-wanted, Additional Director General of Police, (Law and Order), Mr Navdeep Singh Virk said that Ombir of Bagpat (UP), Vijay of Majra Farmana Sonipat, Mohit of Kalanaur Rohtak, Satbir alias Sonu of New Delhi, Vinod of Mithathal Bhiwani, Rajesh of Shayamsukh Hisar, Rohit Mishra of Uraiya (UP), Kuldeep alias Chhotu of Kanoj (UP), Manish of Kanpur Nagar (UP), Vikram Yashwardhan of Sultanpur (UP), Sahil of Jahoda Burari Delhi, Mobin of Partapgarh (UP), Bharat of Barwala, Pardeep of Ghaziabad (UP), Rajan of Billochpur, Israr alias Chotta of Saharanpur (UP), Neeraj alias Sanju of Khedi Damkan of Sonipat, Amit of Rawaldhi Dadri, Rohtash of Makrana Dadri, Ajay alias Hitlar of Meerut (UP), Pardeep of Kharkhoda Sonipat, Deepak Mandal of Jharkhand and Miraaj Khan of Partapgarh (UP) were arrested due to hard work of our Police personnel across the state.

Mr Virk said that arrest of active gang members include 8 from Karnal district, 14 from Panipat, 23 from Sonipat, 6 each from Yamunanagar, Kurukshetra and Fatehabad, 3 each from Dadri and Mewat, 7 from Jhajjar, 1 each from Ambala, Rohtak and Palwal, 9 from Panchkula, 5 each from Kaithal, Gurugram and teams of STF and 10 were nabbed from Bhiwani district during this period.

Describing the one-month crackdown a major success, Mr Virk said that most-wanted and active gangs were targeted and arrested by Police teams. Such drives will takes place throughout the State in coming months to curb crime rate by nailing notorious criminals and anti social elements, added Mr Virk.