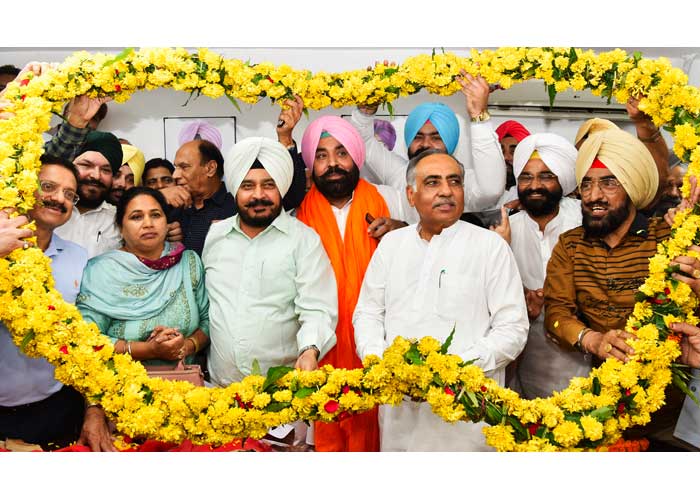 Mr. Harjinder Singh Thekedar today assumed charge as the Chairman of the Backward Classes Land Development and Finance Corporation (BACKFINCO) and Mr. Muhammad Gulab as the Vice Chairman in the presence of the Social Justice, Empowerment and Minorities Minister Mr. Sadhu Singh Dharamsot, MLA Mr. Dharambir Agnihotri and other dignitaries from Amritsar and Ludhiana. On the occasion, Mrs. Swaranjit Kaur also assumed charge as the Member of the Board of Directors.

Interacting with the media persons on the occasion, Mr. Sadhu Singh Dharamsot said that he is confident that Mr. Harjinder Singh Thekedar would keep work for the welfare of the economically weaker sections of the society.

The minister also exhorted the economically weaker people to take maximum benefit from the welfare schemes of the State Government in order to start self employment ventures.

After assuming their charge, the Chairman and Vice Chairman reiterated that they would work for the development of the backward classes. They also divulged that BACKFINCO is continuously engaged in providing opportunities for self employment to the backward classes as well as the economically weaker sections. 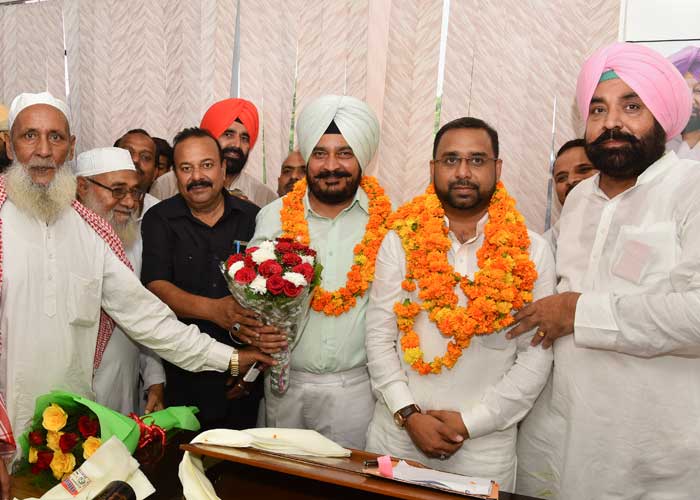 Besides, the BACKFINCO also provides education loans to the students from the backward classes and minority communities. Apart from this, the BACKFINCO has disbursed loans worth Rs. 254.15 Crore to the 1,60,307 beneficiaries under various schemes in 2018-19.

During the current financial year 2019-20, under NBCFDC scheme, target has been set for providing 584 beneficiaries with the loans worth Rs. 741 lakh. The rate of interest on these loans is 6 percent annually.

It is worth mentioning that Mr. Harjinder Singh Thekedar has also remained MLA from 2002-2007 (Amritsar). He has also served as the Chairman of the Punjab State Forest Development Corporation.

Keeping in view his exceptional services, the Chief Minister, Punjab, has appointed him as the Chairman of BACKFINCO. Similarly, Mr. Muhammad Gulab is also engaged in the social work for the past decade.