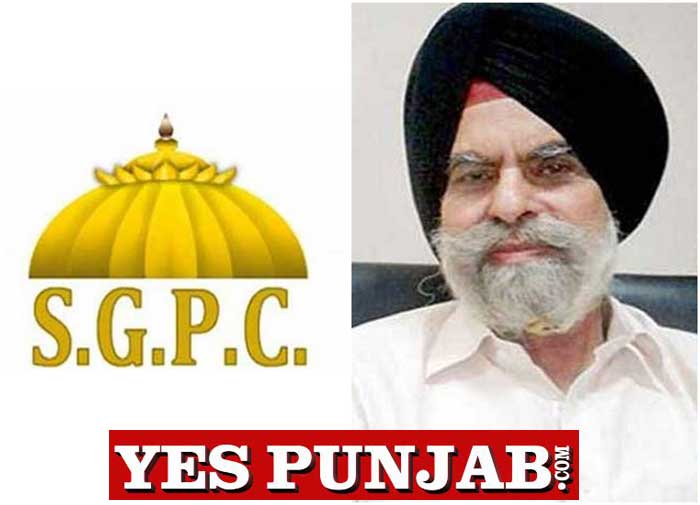 Harcharan Singh, a former and the first Chief Secretary of the SGPC has written a book titled: Shiromani Gurdwara Prabandhak Committee Di Wartman Sthiti (Present state of the SGPC).

There was strong opposition from Avtar Singh Makkar, the then President of the SGPC and other staff members on his appointment as Chief Secretary. However, Sukhbir Singh Badal managed to get his appointment cleared by the executive committee of the SGPC. Harcharan Singh did not complete his tenure of 3 years nor did he receive the promised salary of Rs. 3 Lakh. He resigned after 2 years of service and was paid a sum of Rs. 2 Lakh per month. He was disillusioned with the functioning of the SGPC because of which he put in his papers.

After his retirement, he penned down what he saw and observed in the SGPC during his stay for two years. It is interesting to note that Sukhbir Singh Badal who brought him as Chief Secretary of the SGPC, has become the main target of Harcharan Singh in his book.

Besides he has made very sensational revelations about the rampant corruption, malpractices and irregularities prevailing in the religious Mini Parliament of the Sikhs. He looks to be a sad man after witnessing the happenings in the SGPC.

Harcharan Singh has come down heavily on the Badal family for their claim that they were not interfering in the affairs of the SGPC and Akal Takht. He has mentioned that the election of the President of the SGPC and other office bearers was made only with the approval of the Badals. The name of the President and other office bearers and executive come in an envelope from the Badals and only then the election process is initiated.

Harcharan Singh in his book has reviewed the functioning of all departments including administrative, Dharam Prachar, purchase of material for langar, settlement of the disputed properties and purchase and sale of properties and the educational institutions run by the SGPC.

There is not a single department in which he has not found corruption and other malpractices. The administrative block is full of secretaries, additional secretaries and the secretarial staff, who are related to the members of the SGPC or the office bearers of the SGPC. The payments for the purchase of material for the langar are made on fake bills and these bills are received from those people who do not run these businesses.

Harcharan Singh has also revealed that the Akali Conferences which are organized by the SAD are provided with langar from the historic gurdwaras. As many as 70,000 persons daily partake langar at Harimander Sahib while on Sundays and on festivals the consumption rises to 1.5 lakh people. Often the material used in the langar is substandard and costly as compared to the market rates.

Harcharan Singh has also criticized the construction work which is undertaken by the Karsewa Babas. This is also a big racket. The babas are given cement and other construction material by the SGPC. Tender system introduced by Sukhbir Badal has also failed.

He has pointed out that one Sarai has been under construction at Harimander Sahib for the past 7 years and has not been completed so far, despite the fact that a sum of Rs. 80 crores has been spent on the same. Karsewa Babas get donation from the devotees and prolong the construction works to gain more benefits.

The booty is shared by the managers of the Gurdwaras and other employees, he has alleged. Harcharan Singh has also leveled allegations against late Avtar Singh Makkar who served the SGPC for more than 10 years. The book says that Makkar was also part of the corruption and malpractices.

The writer has praised only Jathedar Gurcharan Singh Tohra who was president of the SGPC for more than 25 years. He was the only devout Sikh president of the SGPC who checked corruption and did not indulge in any malpractices. He has paid high tributes to Jathedar Tohra for his religious wisdom and knowledge of the Sikh tenets.

Harcharan Singh is strongly critical of the interference in the affairs of SGPC by the Badal family and marginalization of the Akal Takht. The appointment of Jathedar of Akal Takht and other Takhts should not be made by political leadership, he opines.

Making a scathing attack on the Badals for their unstinted support to Dera Sacha Sauda Chief Gurmeet Ram Rahim, Harcharan Singh has condemned the pardon granted to him by the Akal Takhat at the behest of Parkash Singh Badal and Sukhbir Singh Badal. Gurmeet Ram Rahim had attired himself in the dress of Guru Gobind Singh. 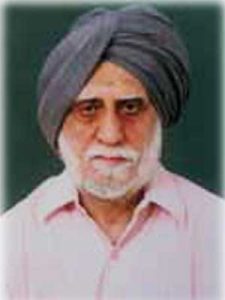 Harcharan Singh has also strongly criticized the Badals for their lax attitude towards Gurmeet Ram Rahim and his followers who were responsible for sacrilege of Guru Granth Sahib at Bargari (Village Burj Jawahar Singh Wala) and other places in Punjab.

As a matter of fact, the author seems very much anguished and concerned over the happenings during the regime of Akali Dal against Sikhs and their religion. He has concluded his book with the remark – Who will pay for their (Badals) sins?