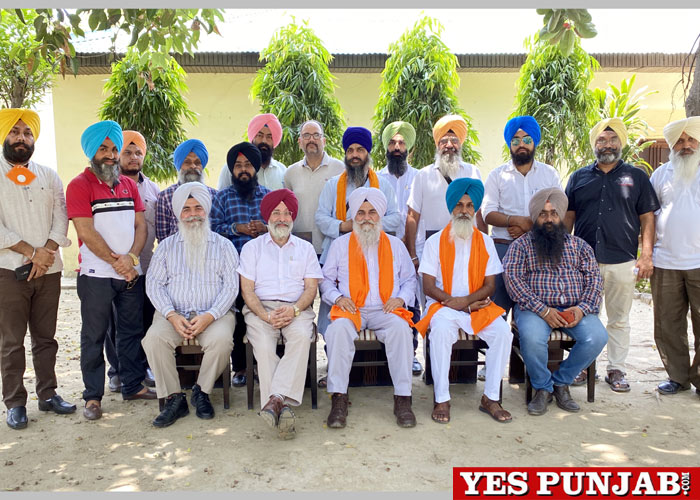 The meeting reviewed the past performance of GAP and resolved to select new office bearers of state unit by dissolving the existing unit with a view to further accelerate the Gatka activities in coming season in the state.

Disclosing this here today Finance Secretary, NGAI, Baljit Singh Saini said as per the directions of national president Harjeet Singh Grewal, a resolution was moved by Joint Secretary, NGAI, Pankaj Dhamija to select a new team for GAP. All the district presidents and other prominent office bearers unanimously endorsed the resolution.

In this meeting Harbir Singh Duggal, manager, Mata Sahib Kaur Senior Secondary School, Guru Harsahai, Ferozepur district was unanimously elected as president of GAP and approved by all the participants. He was authorized by the president NGAI to choose his team of office bearers as well as district presidents of the State Gatka Association.

Speaking on the occasion, Mr. Duggal said he would work tirelessly and fulfill the confidence with which the national president Harjeet Singh Grewal and the Punjab election board had entrusted in him besides maintain the faith of seniors. The newly elected president said more and more young boys and girls would be associated with Sikh martial arts Gatka in the state.

To hold the Gatka competitions Mr. Grewal informed that the Punjab state and national Gatka championship would be organized after the lockdown situation for COVID-19 virus eases or as instructed by state government. He also directed the state and district units to conduct their district level competitions in the remaining districts in the coming months.