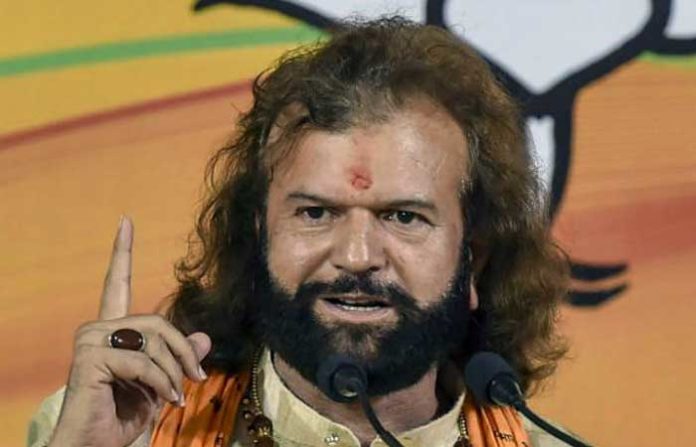 Singer-turned-politician Hans Raj Hans has asked Union Information and Broadcasting Minister Prakash Javadekar to impose a ban on the telecast of the television series “Ram Siya Ke Luv Kush” for allegedly hurting the religious sentiments of the Valmiki community.

In a letter to Javadekar, Hans Raj mentioned that last Saturday, the Valmiki community had staged a protest in Punjab during which a youth was shot at but was later operated upon.

“I came to know that they are planning for Bharat Bandh along with the Ravidas community. This may seriously affect the religious harmony of our society. Nobody should be allowed to hurt the religious sentiments of any community,” the BJP MP from North West Delhi wrote in the letter.

“I am of the view that orders should be immediately issued to ban the serial and ensure its strict implementation. Any responsible producer should refrain from producing or launching such a programme or serial, and it should be ensured that the serial is not telecast in Bharat,” he added.

Earlier this week, the Punjab and Haryana High Court had refused to stay the ban on the telecast of the serial imposed by the state of Punjab. The court adjourned the case for next hearing on September 12.

During a special hearing on a petition filed by Colors TV, Justice T.S. Dhindsa declined to grant stay on the order passed by various District Commissioners in their capacity as District Magistrates.

Arguing the case, Additional Advocate General Rameeza Hakeem said the decision to ban the telecast of the serial had been taken on the ground that Rishi Valmiki had been portrayed in a negative light, hurting the sentiments of the Valmiki community in Punjab.

During the hearing, Colors TV contended that the ban order was passed without adhering to the principles of natural justice, and without the ingredients of Section 19 of the Cable Operators Regulation Act.

The channel also placed on record an offer from the producers of the serial to enter a dialogue with the Home Secretary to discuss the contentious scenes.

They offered to delete the scenes that portrayed Valmiki in objectionable light.

The court called upon the Additional Advocate General to take instructions in the matter, especially on the offer made by the producers to delete the objectionable scenes.

Hakeem later said the offer would be considered by the Punjab government, whose response would be submitted before the court on the next date of hearing.